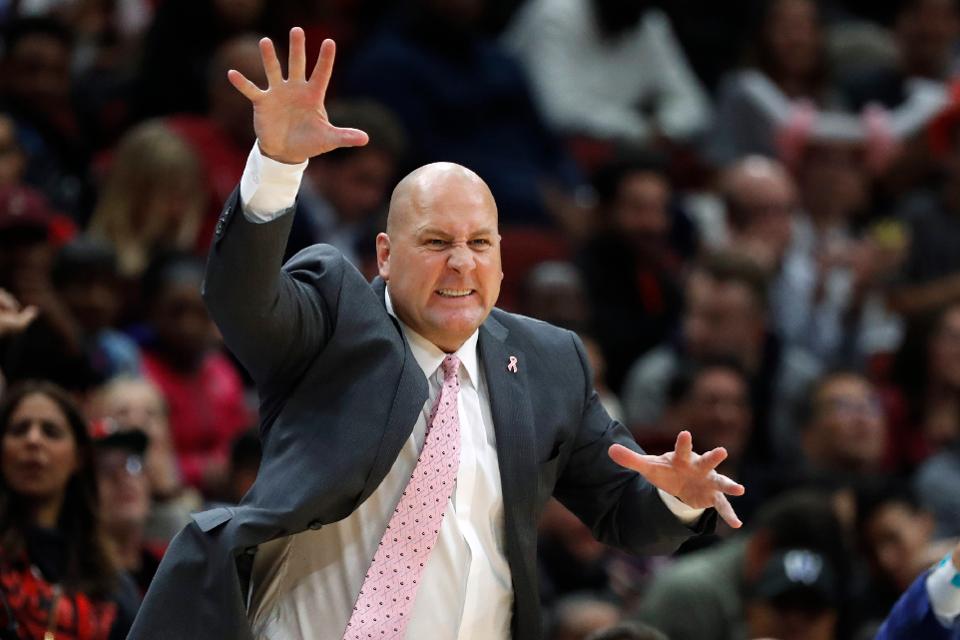 Jim Boylen has had quite the roller coaster of a season. From his bizarre timeouts to hilarious post game conferences — Jim never fails to deliverer solid content. However, just when you thought things might be slowing down, another bomb has been dropped. This time a report from Bulls Insider K.C. Johnson, revealed Boylen has kicked a pretty big name out of coaches’ meetings moving forward:

“According to multiple sources, Collins and Boylen had a falling out. Boylen, the sources said, no longer wanted Collins sitting in on coaches’ meetings. Collins is in the background for now.”

This doesn’t surprise me one bit. Doug Collins relationships with former Bulls head coaches has been far from normal.

The Bulls are definitely a dumpster fire but remember things could always be worse.

Also, shout out to Five Pound Bag with this witty line. These time-out jokes never get old.