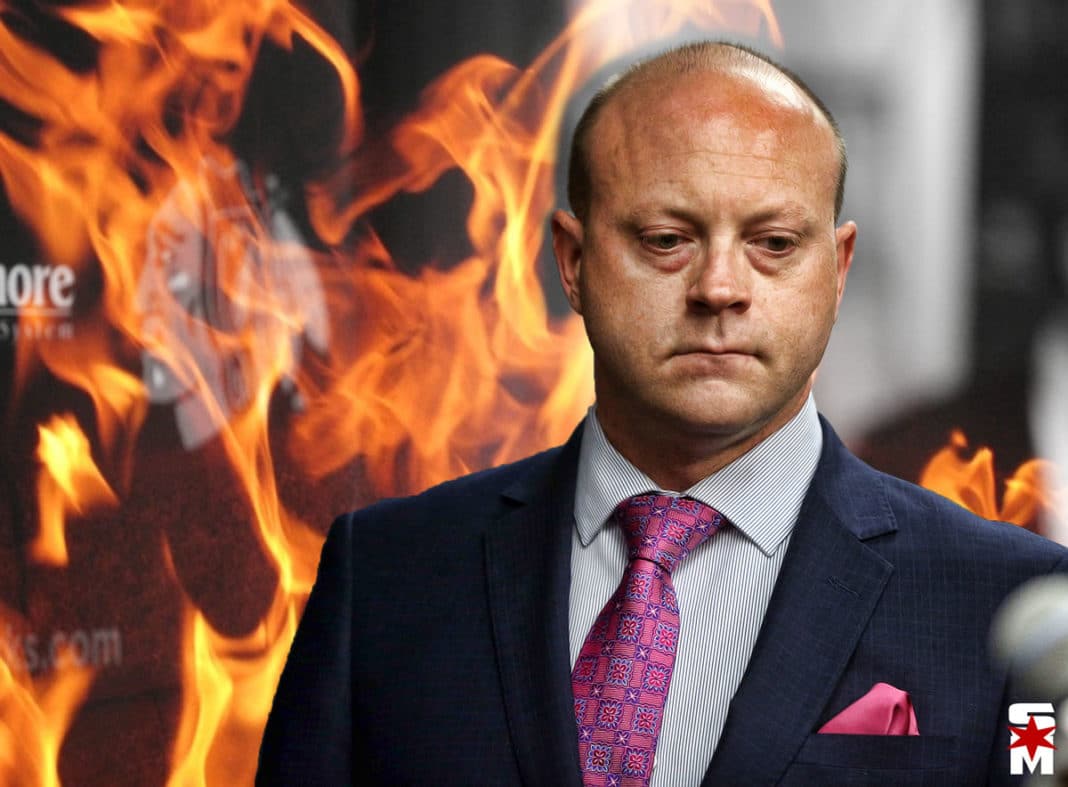 Blackhawks chairman Rocky Wirtz confirmed on Thursday that Jeremy Colliton and Stan Bowman will be back next year.

There won’t be any changes to the Chicago Blackhawks front office next season, chairman Rocky Wirtz told The Athletic on Thursday morning. Coach Jeremy Colliton, GM Stan Bowman, and team president and CEO John McDonough all will be back in their same roles for the 2020-21 campaign.

Bowman has been the Blackhawks’ general manager since 2009 after replacing Dale Tallon. The 46-year-old son of legendary NHL coach Scotty Bowman received a contract extension back in 2016, which expires at the end of next season. There has been much scrutiny over Bowman’s tenure are Blackhawks GM, but it appears Wirtz still has some confidence in him.

As for Colliton, the NHL’s youngest head coach boasts a 62-58-17 record through nearly two full seasons. Prior to the NHL “pausing” the season due to the COVID-19 Coronavirus outbreak, the Blackhawks were 32-30-8 through 70 games and remained six points back of the Nashville Predators for the second wild-card playoff spot. Colliton has been in the hot seat since he took over for Joel Quenneville in November of 2018, but one more year behind the Blackhawks bench seems fair for the 35-year-old. His contract expires at the end of next year as well.

If the NHL were to cancel the remainder of the season, the Blackhawks would miss the postseason for the third consecutive year. The former dynasty hasn’t won a playoff series since winning the Stanley Cup in 2015.