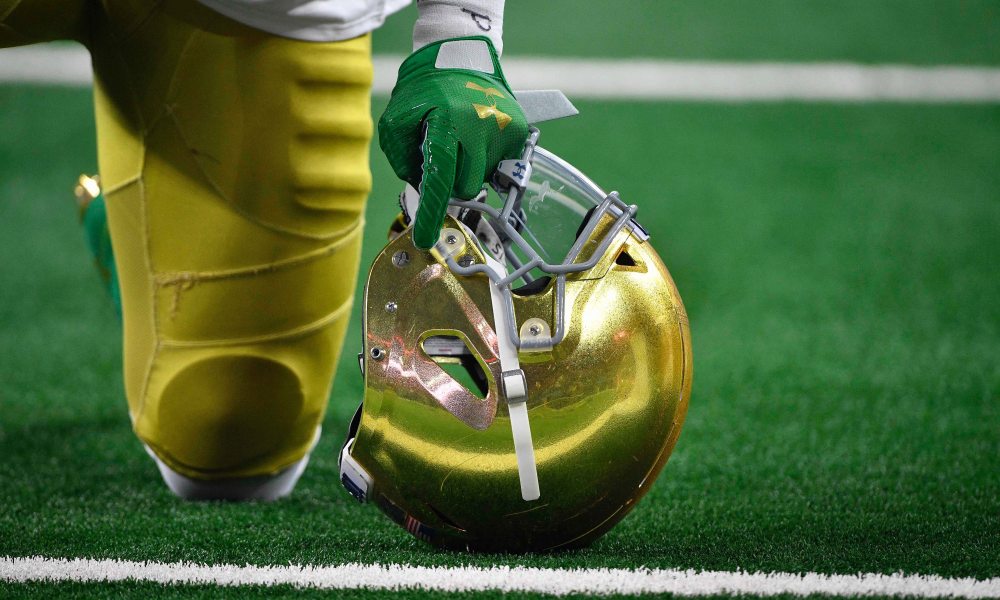 Four-star tackle, Landon Tengwall has finally announced his commitment. A decision which came down to either the Penn State Nittany Lions or the Notre Dame Fighting Irish.

Tengwall is ranked as the 27th overall recruit according to Rivals.com.

In watching some tape, he looks like he recognizes edge and interior pressure well for pass protection. In the run game, he gets up to the second level with ease. Pretty typical for a man among boys. I love how he finishes his blocks.

Tengwall has been a priority for the Irish and his 6’6″ – 315 LB presence on the edge could be an asset for the Fighting Irish in the years to come.

Tengwall has announced he will be taking his talents to Happy Valley.

The Irish took another L in the recruiting race in a bit of a downward trend. Hopefully Coach Kelly and co. can right the ship with other top tier talents. A pool of talent that is becoming smaller by the day.

He cited his relationship with Coach James Franklin as well as the Penn State atmosphere as the deciding factors.

Is it Notre Dame or Penn State?

The Irish have been on a bit of a cold-spell during the COVID19 recruiting hiatus, losing some promising talent, such as Deion Colzie.

The fact the Irish were not able to secure Tengwall shows that they are trending in the wrong direction by missing out on the four-star tackle.