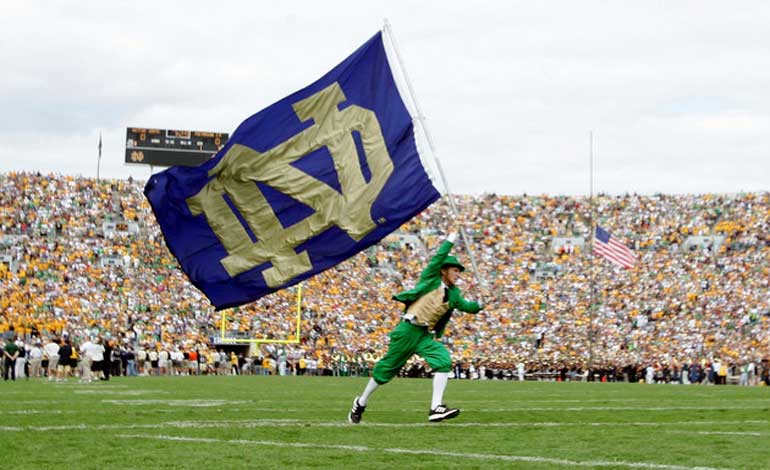 Many of us have felt a void since the Irish capped off the 2019 season with a 33-9 Camping World Bowl victory over a pesky Iowa State Cyclone team, fear not, Irish football is back.

How We Got Here

Between the bowl game and now, a lot has transpired. Some changes, some cheer and of course a little drama. These were some of the highlights that kept things interesting.

Somehow, Irish nation received this news with mixed feelings. I simply could not understand why.  Book gives the Irish a clear veteran presence on a team that is loaded with raw talent. His poise will need to lead these young men, as this will be his third go around, I am a lot more confident to see his progress

Back in early January, Jurkovec decided to move on from the program and declared for the transfer portal. Jurkovec later announced that he would be settling in at Irish rival Boston College. A story line to watch is assuming he does win the job and plays out his eligibility, he will draw a grudge match against the Fighting Irish in 2022. At this point the Irish will likely have either Drew Pyne or Tyler Buchner under center.

He went against the grain and elevated then QB’s coach Tommy Rees to offensive coordinator. A job I felt Rees was well-equipped for. Rees called plays for the Irish over the win in the bowl game and his audition was a success.

Lance Taylor also received a bump up to running game coordinator. This may have been overshadowed by Rees’ nomination, but looking back I am most excited to see the Irish run the dang ball.

Before the bowl game we had all followed the incoming class which includes some really exciting players – throughout the spring we will see where they really fall when it comes to who will make an impact right away. The media team at Notre Dame did an awesome job announcing the recruits and these are worth the listen again if you want to get all in the feels since Irish football is back.

Another shock for the Irish this season was the arrest of Landen Bartleson. Bartleson was apprehended in connection of a burglary of a local gun store near his home town. The Irish acted swiftly once they had all the facts and revoked his offer. You hate to see a young man throw his life away like this, but from the programs eyes, we dodged a bullet.

Rounding Out The Staff

Before Irish football is back, the Irish needed to fill out the staff that had been shifted every-which-way during the off season.

Kelly brought on John McNulty to coach tight ends – a position that Notre Dame has become an NFL factory for. McNulty brings several years of NFL and Collegiate experience to the table. His veteran presence on an a staff that has two bright, young coordinators is going to be essential.

The final full-time member Kelly brought on board is Mike Mickens. Mickens actually played for Kelly years back in Cincinnati, but believe me when I say he has earned his stripes. In his short stint back at his Alma Mater he elevated the Bearcats from a bottom tier defensive backfield to one of the premier units among group of five conference programs.

Next Up: Blue & Gold Spring Game

The Irish will have approximately two weeks worth of practice field time to sharpen up for the Spring Game on April 18, 2020.

We’ll have a lot to digest over the next month. Right now, let’s hope that the Irish, behind all-star strength and conditioning coach Matt Balis, can make progress through without injuries that would derail the train before it leaves the station.

But for now, let’s just be happy that Irish football is back!