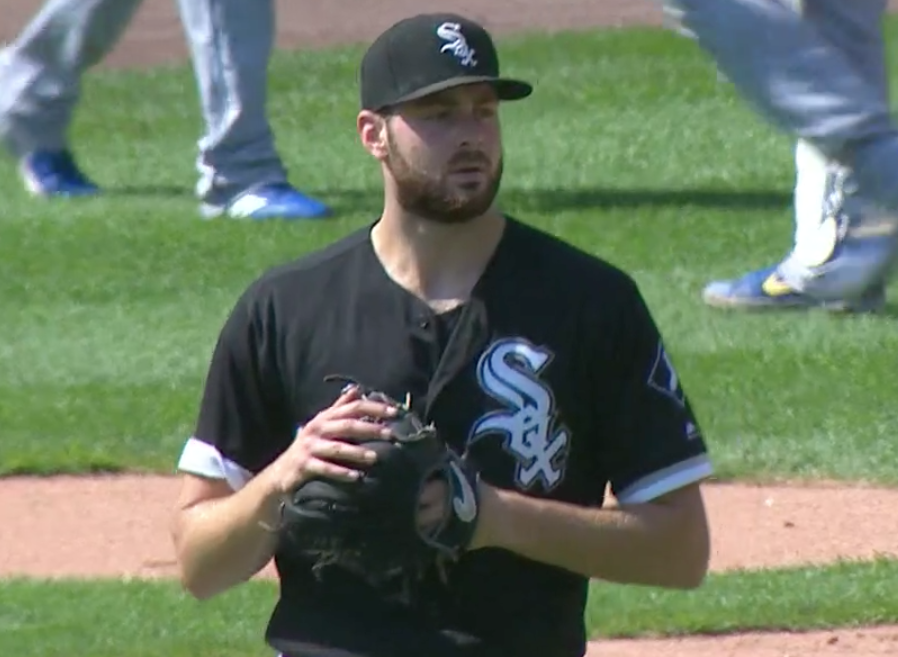 The White Sox started their rebuild after 2016 and following three long seasons the front office has done a great job of not only acquiring young talent, but locking them up with guaranteed deals. The latest was Yoan Moncada’s five-year extension that includes a sixth-year team option.

The next logical extension that fans might be thinking about is right-handed starter Lucas Giolito, but that’s not exactly something that’s on his mind right now.

After throwing one scoreless, hitless inning against the Cubs in his first Cactus League start of 2020, Giolito indicated that he’s focusing right now on baseball, not his bank account.
“That’s not something I’m thinking about for me.  I’m more like present moment. What more can I do this day to improve and become a better player?  All that stuff. The money, the contracts, that’s all going to fall into place if I keep focusing on what makes me successful,”  Giolito said.

Giolito had an unbelievable turnaround in 2019 after being the worst starting pitcher in his first full MLB season in 2018. The righty posted a 3.41 ERA and 1.06 WHIP, while striking out 228 and walking only 57 in 176.2 innings. The 25-year-old will be arbitration eligible for the first time following the 2020 season.

Like Giolito, White Sox catcher Yasmani Grandal made his spring training debut Friday against the Cubs. Grandal had been slowed down because of a calf strain at the beginning of camp.

Grandal played three innings behind the plate and was lifted for a pinch-runner in the fourth inning after drawing a walk. He was 0-for-2 with two strikeouts in his first Cactus League game with the Sox.

Cubs lefty Jon Lester started Friday against the White Sox and he had some high praise for the lineup and reliever Aaron Bummer.

The White Sox beat the Cubs 6-3, with Moncada, Luis Robert, Jose Abreu and Adam Engel all having a good day at the plate.