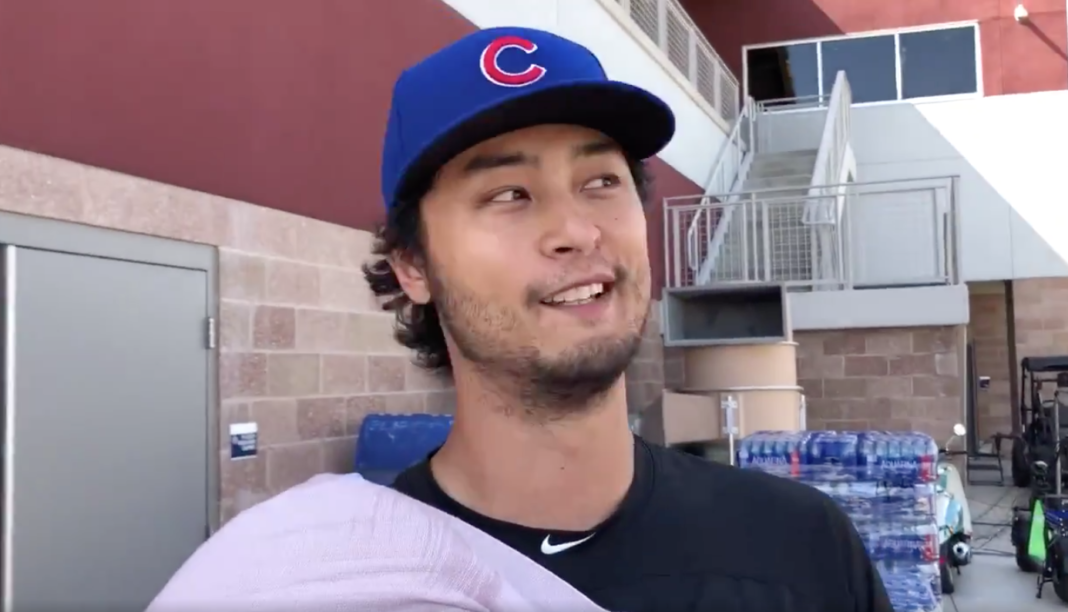 After making sure he didn’t have the flu, Yu Darvish was back on the mound Friday, pitching three innings in a simulated game. The Cubs’ right-hander struck out six in the three-inning outing, allowing one hit, a home run by Steven Souza Jr.

And sometimes things are lost in translation. Darvish just went to a doctor’s office Thursday to make sure he didn’t have anything serious. And this is what you should do (if you can) whenever you think there’s a slight chance of being ill.

The Cubs made their first round of cuts this spring training with starting pitcher Tyson Miller and infielder Robel Garcia headlining the guys who were optioned to Triple-A.

It’s also worth noting that pitching prospect Manuel Rodriguez was optioned after suffering a grade 2 biceps strain. Here’s the explanation on that move instead of him being placed on the injured list.

There’s also a chance that the injury may not be as serious as it first sounded.

Right-handed pitcher Michael Rucker, who was picked by the Orioles in the rule 5 draft, is going back to the Cubs.

It’s kinda bad if the Orioles don’t want to keep you, but Rucker was pitching pretty damn good in spring, throwing in the mid-90s.

Again, at this point you shouldn’t expect any trade, especially one including Kris Bryant.