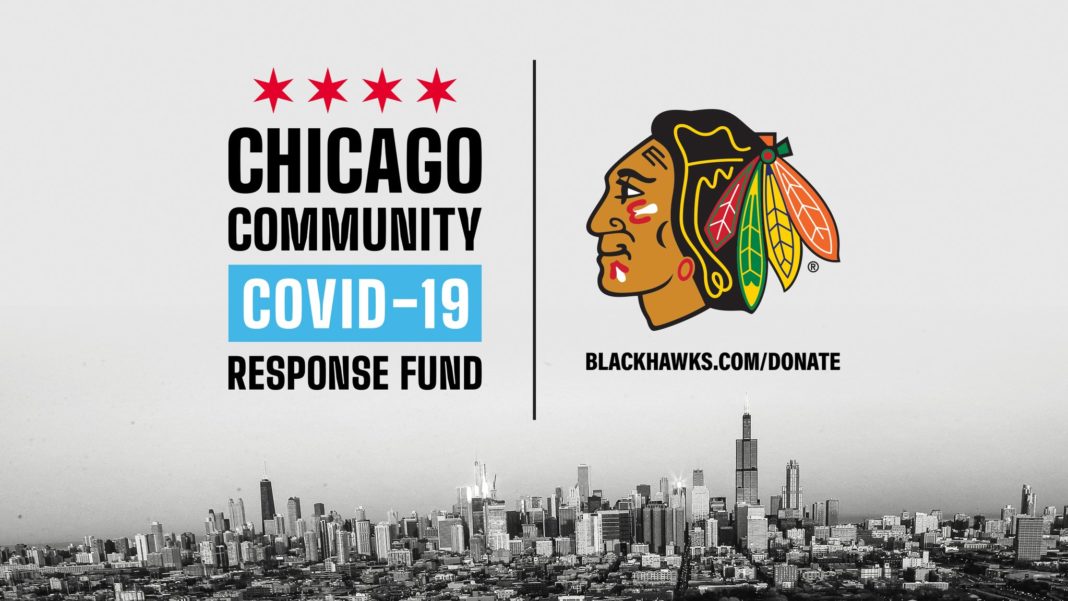 The Chicago Blackhawks announced on Wednesday morning that they have launched a donation-matching initiative that will benefit the Chicago Community COVID-19 Response Fund.

This news comes just hours after the Ottawa Senators confirmed that one of their players tested positive for the COVID-19 Coronavirus. The Senators’ player has yet to be named.

The Blackhawks were scheduled to take on the Senators last Friday at the United Center, but fortunately, the contest was cancelled just a day prior. It’s a good thing that NHL commissioner Gary Bettman postponed the season when he did.

As for Blackhawks Chairman Rocky Wirtz, the 67-year-old continues to make the correct moves during this pandemic. Earlier last week, Wirtz and Bulls Chairman Jerry Reinsdorf announced a plan to pay an estimated 1,200 United Center workers for the remainder of the season. That plan will cost the two roughly $3.5 million.

“We weren’t doing it to get patted on the back,” Wirtz said. “It was just the right thing to do. With all due respect, Jerry and I aren’t going to miss a paycheck. People have mortgages and families to feed. My wife was working in a restaurant in Columbus (Ohio) before we were married. She was a single parent and had to roll her quarters to have enough money for milk for her daughter. I have great empathy, and I realize how lucky I am.”

In these times of need, it’s great to see Wirtz and the Blackhawks step up to the plate for the United Center employees and the city of Chicago. It doesn’t sound likely that the 2019-20 NHL campaign will resume any time soon, but that might be the best thing to do at this moment.