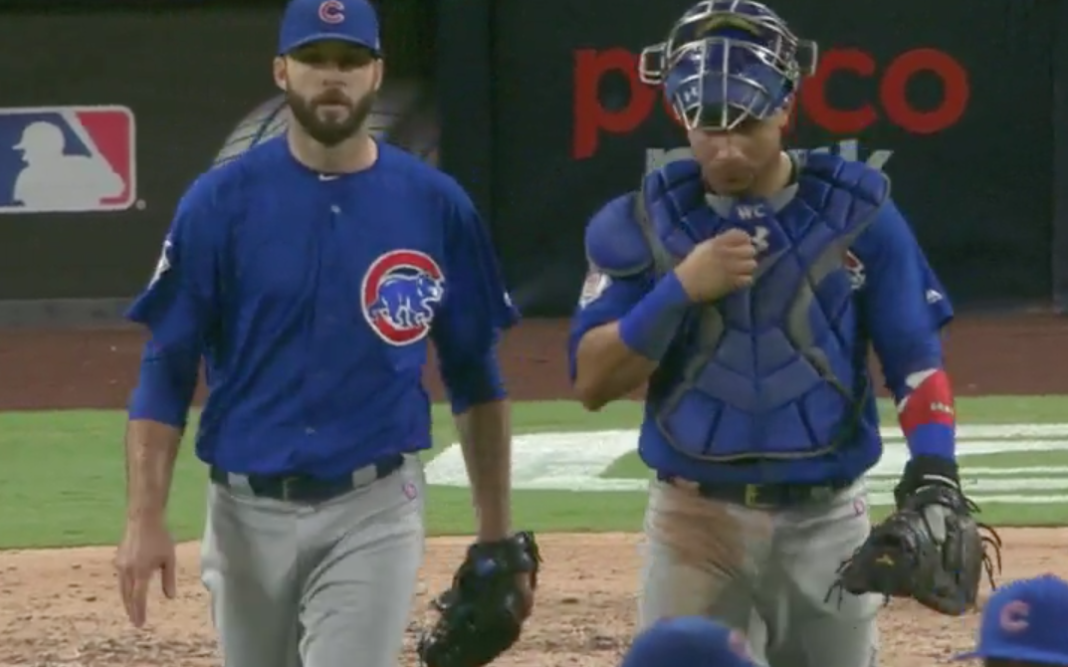 The first official spring training workout for the Cubs won’t be for another couple days, but pitchers were already throwing down in Arizona on Monday. Here are some of the latest Cubs notes.

Brandon Morrow, who signed a free agent deal before 2018, hasn’t pitched since July 2018 and returned to the Cubs this offseason on a minor league deal, is actually somewhat healthy?!?!

The first real test will be if Morrow can actually pick up his cup of coffee in the morning.

Again, Morrow is with the Cubs on a minor league deal. If he’s not showing positive signs or just doesn’t have it anymore, then Morrow will be gone. But if Morrow can somehow manage to make it out of spring training healthy, then that would be really cool. Yet, even at that point, Morrow will most likely begin 2020 still working up his arm strength in the minors.

Willson Contreras opened up about seeing his name in trade rumors this offseason and yeah it hurt the two-time All-Star catcher. Contreras has been in the Cubs organization for 11 years, signing when he was only 16-years-old.

Free agent pitcher Taijuan Walker showed up to the Cubs spring training complex on Monday and threw in front of some decision-makers for the team.

Walker, 27, had Tommy John surgery in 2018. He was on his way back to the Diamondbacks’ rotation last May, but a shoulder sprain set him back. Walker has only pitched 14 innings in the last two years.

The Cubs have a few position battles in spring training and right now it seems like Tyler Chatwood is the favorite to win the fifth spot in the rotation.

The Cubs announced their spring training TV schedule and the team’s new Marquee Sports Network will broadcast nearly every game.

Of course, the big problem is that Marquee Sports Network still isn’t on Comcast and deals with streaming services have also not been announced yet. Marquee will launch on Feb. 22, when the Cubs begin spring training action against the A’s.

The Brewers are still desperate to get fans to their park against the Cubs.

Finally, congrats to Cubs pitcher Adbert Alzolay, who got married!

This moment couldn’t be better. Happy to call you my Wife . Love you so much my beautiful princess . Thank you for made me the happiest man on earth, for be by my side and share all the adventures with me babe love you with all my heart .. #wifeandhusband ..