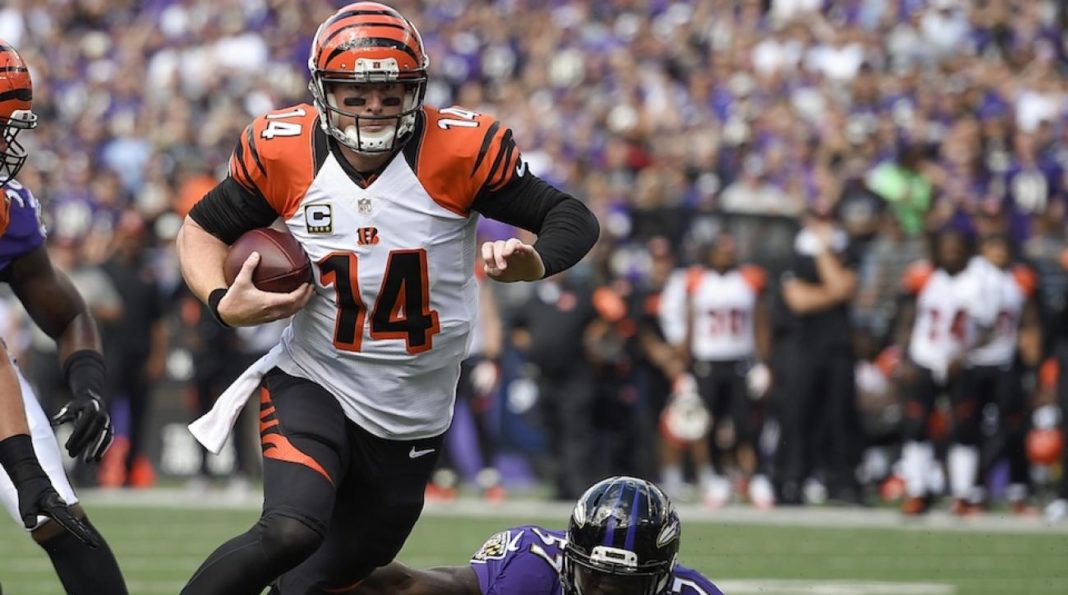 Cincinnati Bengals quarterback Andy Dalton is one of the most talked-about names this offseason. With Cincinnati having the first overall selection in the 2020 NFL Draft, it is highly likely the team selects quarterback Joe Burrow from LSU. Although Dalton is under contract, it is likely the Bengals move him, and the team that pursues him should be the Bears.

Of all the major names that will be available at the quarterback position, Dalton is the quarterback that best fits the Bears’ current situation. He can come in and compete for the starting position with incumbent Mitchell Trubisky and be kept on as a backup if beaten out without causing any issues. Dalton proved in 2019 that he can do what’s best for the team as the Bengals benched him for three games. Although the benching was unwarranted, the veteran quarterback did not make riffs in the locker room.

The other reason why Dalton would be a perfect fit for Chicago in 2020 would be his connection to new Bears offensive coordinator Bill Lazor. The Bengals quarterback had the third-best season of his career in 2018 when Lazor served as Cincinnati’s offensive coordinator. With all the focus on getting the most out of Trubisky, the Bears need to have someone that has familiarity with the playbook if the fourth-year quarterback struggles. Chicago needs to have someone that they can turn to immediately in order not to lose the season.

Dalton is a proven field general as he has been named to the Pro-Bowl three times in his nine-year career. He helped the Bengals to five consecutive playoff appearances, but the team failed to get past the first round due to injuries and defensive mishaps in those games. Chicago wouldn’t need him to lead the league in offensive categories but lead an efficient scoring offense that does just enough for the Bears defense to win.

In 2019, The Bears lost three games in which the defense allowed 17 points or fewer. Had the Bears offense done just enough more in those three games, the team would have finished with an 11-5 record and made the playoffs. Dalton can be that difference-making quarterback as he has thrown 20 touchdowns or more in six of his nine seasons. Furthermore, he has had a quarterback rating of 86 or higher in five seasons. Brining in the Cincinnati quarterback could be similar to when the 2002 Tampa Bay Buccaneers won the Super Bowl with Brad Johnson.

Dalton has also proven that he can lead an effective offense without consistent playmakers. Outside of Pro Bowl wide receiver A.J. Green, Cincinnati has had a history of prominent offensive players who were hampered by injuries. Tight end Tyler Eifert, wide receiver John Ross, and running back Giovani Bernard all have been promising players who have missed significant time due to injuries. Despite those injuries, Dalton was still able to lead a productive Bengals offense. Outside of Allen Robinson, Anthony Miller, and David Montgomery, Chicago does not have significant playmakers on offense.

Dalton is not the best quarterback on the market this offseason, but he is the one that is the best fit for the Chicago Bears. Bears head coach Matt Nagy should view this similarly to when Chiefs head coach Andy Reid brought on Alex Smith to lead their offense. Whether trading a mid-round draft pick or signing him once he is released, Chicago should make a significant effort to acquire Dalton.