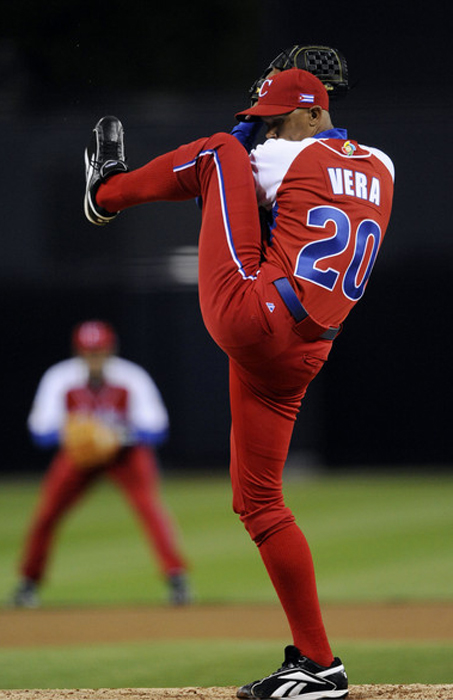 On Saturday, the Chicago White Sox signed 19-year-old Cuban pitching prospect Norge Vera. The White Sox will not be able to officially sign Vera until July following his defection. The signing is the first significant international signing for the team since the signing of Luis Robert back in the summer of 2017.

According to ESPN insider Kiley McDaniel, Vera’s value is comparable to that of a second round draft pick. The prospect features a makeup of four pitches and his fastball was clocked at 97 mph last June. It is unknown if Vera projects as a starter or reliever just yet.

It is the first major international pitching prospect the team has signed during the rebuild. The White Sox have acquired their pitching talent mostly via trades. Michael Kopech, Lucas Giolito, Reynaldo Lopez, Dylan Cease, and Dane Dunning were all acquired via trade in either 2016 or 2017. The last significant draft picks by the team that were pitchers were Zack Burdi and Alec Hansen.

If everything works out, Vera will join a White Sox farm system that is in need of pitching depth. Last season several pitcher were lost due to significant injuries including Dunning, Burdi, and Jimmy Lambert. Chicago also needs to begin developing a second wave of prospects now that their original rebuilding core has been brought up.

It will be quite some time before Vera is ready to contribute to the team, let alone in the farm system. The signing is key because the White Sox are able to once again to spend money internationally. Following the Robert signing, the team was limited and made several trades involving international money.