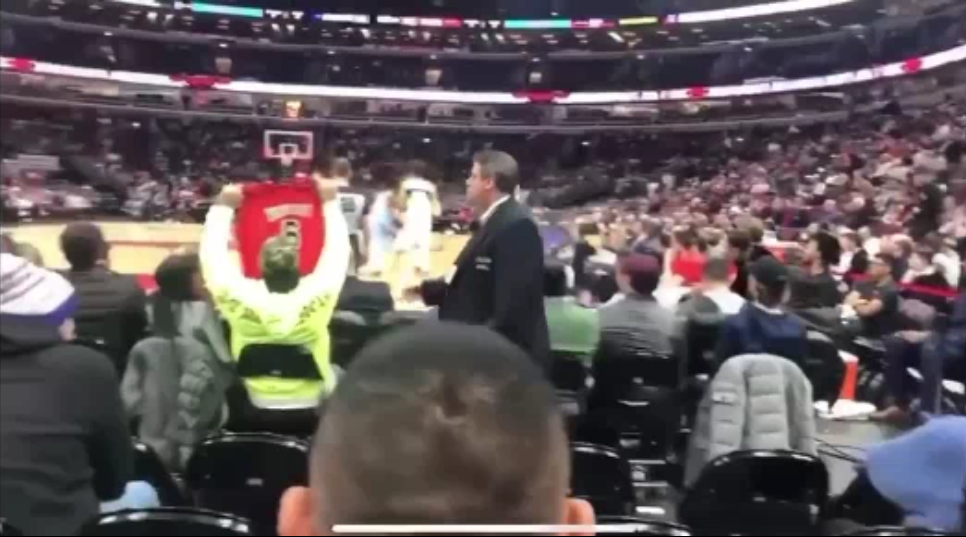 Think the Chicago Bulls aren’t in full-blown damage control yet? They’ve now resorted to removing fans from games who bring any sort of “Fire GarPax” apparel to the United Center. All in an effort to protect the poor little feelings of embattled GM Gar Forman and team president John Paxson. The actions were initially reported by Doug Thonus of Chicagobullseye.com but some were wondering if that was even real.

As it turns out, it most definitely is. Sports Mockery was contacted by Bulls fan Jerry Spanier. He sent two pieces of media, a photograph of his shirt and a clear-as-day video of him being removed from a game by security for it. He simply said this.

“They kicked me out for this at the Pelicans game.”

Chicago Bulls are delaying the inevitable

There’s really no arguing what’s on the screen. He’s holding up the shirt during the game. Security approaches and escorts him out of the building from there. What else is there to say? The Bulls were already fast becoming the biggest joke in the NBA with their inability to build even an average product on the court. Now they’ve turned against their own fans in an effort to quiet the noise over their own failures.

Rest assured, this chicken-shit move isn’t going to quiet the noise. If anything it’ll only make the cries louder. Or even worse. It will convince fans to stop coming to games at all. That might be the only way to show ownership that a change is long, long overdue.