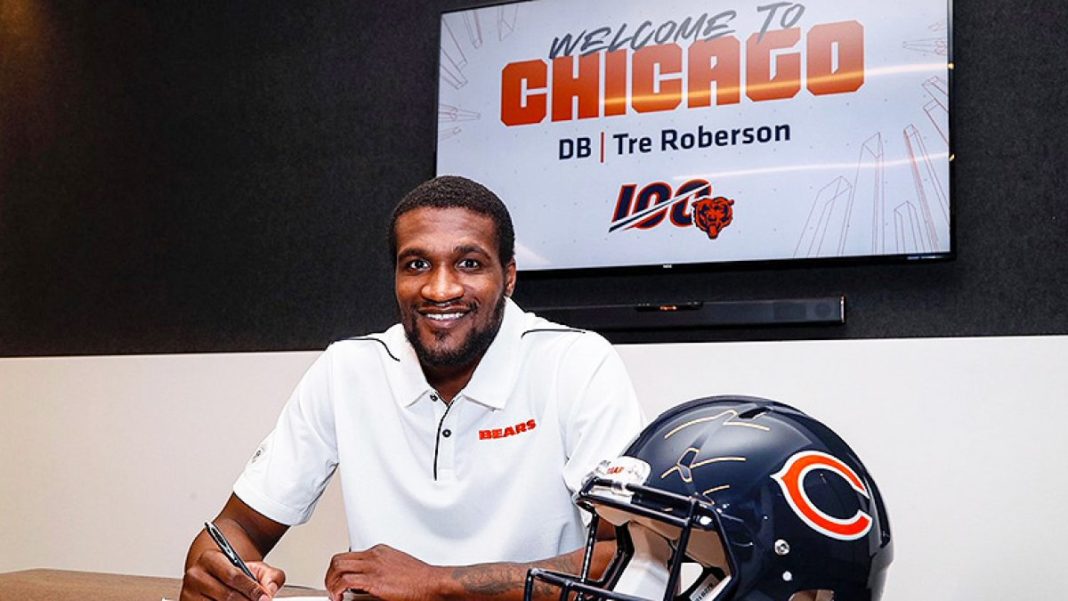 The Chicago Bears got the attention of a lot of people last month when they secured the services of Tre Roberson. A former quarterback at Illinois State, the young athlete survived two years on the Minnesota Vikings practice squad trying to learn how to play cornerback. Rather than cling to that job, he decided to leave the league and the country to hone his craft in the CFL. In two seasons with the Calgary Stampeders, he collected 10 interceptions and won a Grey Cup championship.

That sparked a ton of interest from the NFL given his considerable size and athleticism. No fewer than 12 teams brought him in for workouts over the course of a month including the Bears. Ten of them ended up offering contracts. Insiders revealed he was the most sought-after free agent to come out of Canada since Cameron Wake back in 2009.

He could’ve gone anywhere, but in the end, Roberson chose Chicago. In total, he signed a $1.235 million contract with $215,000 guaranteed for two years. When talking with Jeff Joniak, Tom Thayer, and Jim Miller of Bears All-Access he revealed the primary motivation for his decision.

“I just feel real comfortable there. When I came on my visit to the Bears, my workout just felt like I was at home. They made sure I was real comfortable in every aspect of the trip. I just feel like a great place to be is close to home. I’m from Indianapolis, so it’s not too far away. We’ve been to Calgary so it’s a long way from home. So I just feel like it was the best place for me and I feel like I can help the organization get to the next level which is winning the Super Bowl.”

Tre Roberson may have also smelled an opportunity

Proximity to home and money are always two huge factors involved in luring free agents for NFL teams. It’s hardly a shock they were the same for Roberson. That said, there likely was one other reason. It’s possible he sensed an opportunity was in front of him by joining Chicago. Kyle Fuller is an unquestioned starter. Beyond him though, it gets more complicated. Prince Amukamara is in his 30s and coming off a season in which he failed to record an interception while also dealing with injuries.

It’s possible he might get cut, which would’ve left Kevin Toliver and Duke Shelley as the two choices for possible replacements. Hardly what one would call stiff competition from Roberson’s perspective. By inserting himself into the picture, he suddenly not only has a chance to make the roster but even become a starter if he performs well in practices over the summer. Putting everything together, it’s hardly a surprise he chose the Bears.