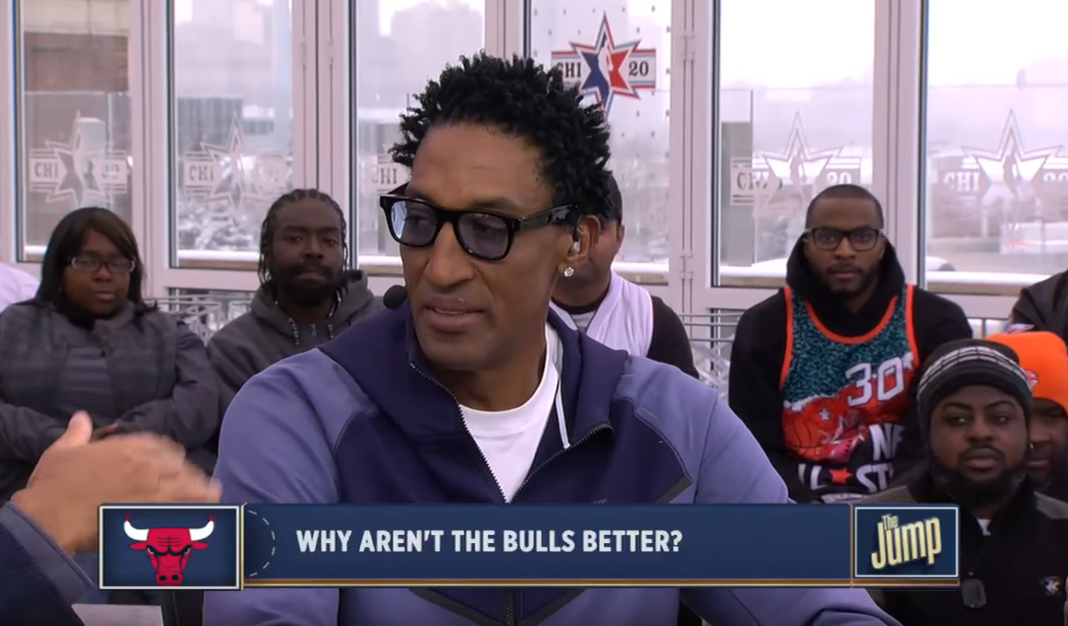 The Chicago Bulls might not have the worst record in the NBA, but you’d be hardpressed to not call them the worst team. From the top down, this organization has become a laughing stock around the league. John Paxson and Gar Forman have meddled with the coaching staff to a point where they’ve resorted to hiring grossly unqualified yes men like Jim Boylen. However, franchise icon Scottie Pippen doesn’t just put the blame there.

He feels teams that lose this much can’t put all the blame on coaching. It’s also about talent. There’s been plenty of talk about how good this young lineup is supposed to be. Yet it hasn’t shown. Pippen appeared on ESPN’s The Jump recently to discuss the NBA. When the subject of his beloved Bulls came up, he didn’t mince words. They’re not winning because they don’t have any players.

“I don’t even know half the players on the team…The Bulls starting lineup are not true starters in this league. Know what I’m saying?”

To be fair he did quickly admit that Zach Lavine has done enough to show he can be good, but nobody outside of him can say the same. Lauri Markkanen has not developed into the promising power forward the team had hoped. Wendell Carter Jr. and Otto Porter can’t stay healthy. That’s what it comes down to.

What’s so crazy about all of this is the Bulls had the pieces in place to build something. They had Derrick Rose and more importantly, they had Jimmy Butler. Those two carried the team on a promising playoff run a few years back. Unfortunately, the utter lack of structure and constant politicking ended up resulting in Rose getting traded. Then as Butler grew more frustrated, the team was forced to deal him as well. Now Butler is thriving down in Miami and Rose has continued to be a steady, solid performer.

Paxson and Forman are reaping the consequences of their arrogance that they could just continue to discard good players and reload the roster. It hasn’t happened. Their luck finally ran out. No magical #1 pick in the lottery and no future All-Star sliding all the way to the end of the first round. They’re out of answers and it’s time to find somebody who can go out and find them.