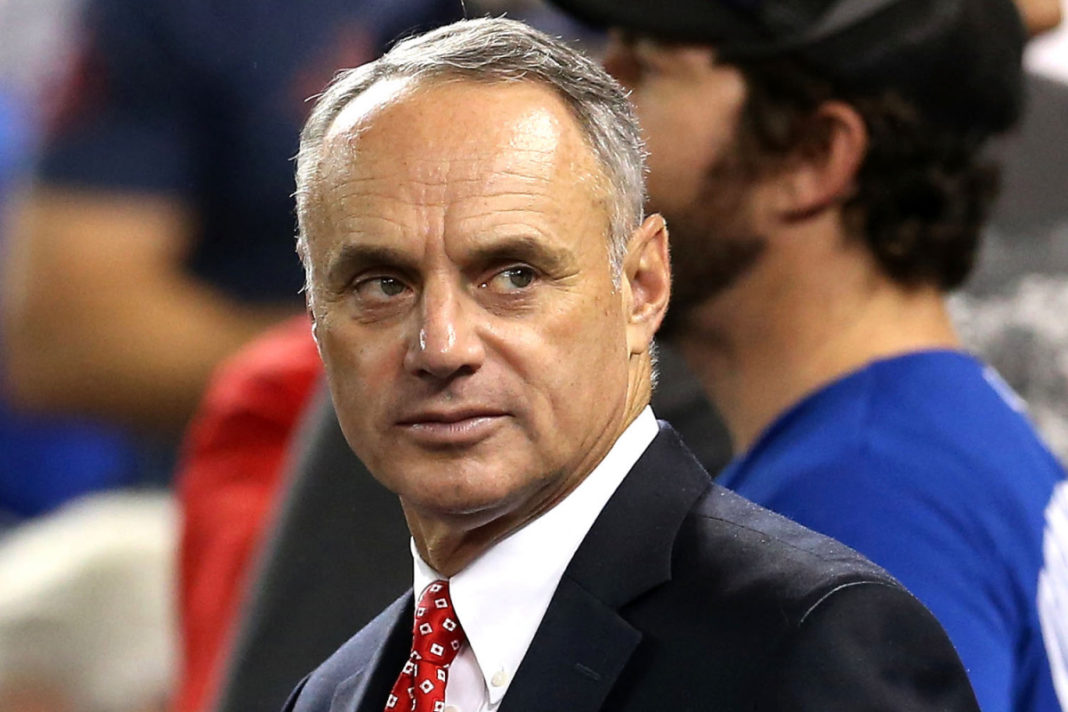 It has not been a great week for MLB commissioner Rob Manfred as teams opened their spring training camps. On Monday, a proposal for re-formatting the MLB playoffs was revealed and met with harsh criticism from players, media, and fans. The end of the week saw the Houston Astros embarrass themselves while addressing their cheating scandal. Manfred is at a crossroads of how he wants to change the game and what lasting effects they will be.

Since becoming commissioner in April of 2015, Manfred’s number one goal has been the pace of play for the game. His biggest fear is that the length of games has deterred the casual observer and the young generation from becoming fans of the game. Manfred has implemented several rules to increase the pace of play for MLB games during his tenure. He has also been exploring radical changes such as robot umpires, overhauling how extra-innings baseball is played, and reformatting the league.

All of these rule changes, especially the exploratory changes, have been met with harsh criticism from dedicated baseball fans. Many fans believe that Manfred is ruining the game by appeasing and changing the game for fans that won’t care for the game in the long haul. Furthermore, fans have grown tired of the MLB commissioner for his mismanagement of the punishing of the Houston Astros Players, given what has transpired this week.

Astros owner Jim Crane and several of the team’s All-Stars met the media Thursday in regards to their sign-stealing cheating scandal. Crane, Jose Altuve, and Alex Bregman all gave apologizes but showed very little acceptance for their wrongdoing. Astros general manager Jeff Luhnow along with managers Alex Cora, A.J. Hinch, and Carlos Beltran, were all replaced or fired for their participation in the scandal. Astros starting pitcher Justin Verlander, who has been outspoken about sign stealing before, has been completely silent about his team’s misconduct.

Players and fans are frustrated because there has been no punishment for the players that committed the acts. Whether being the credible rumor that Altuve was wearing a buzzer to tip him about pitches or the banging on trash cans, players partook in the cheating and have received no repercussions. All-Stars such as Cody Bellinger and Trevor Bauer have publicly stated their frustration with both the Astros and Manfred this week.

MLB can make all the changes they want to the game help fix the pace of play and fan support, but it does not matter if they don’t address cheating by the players. Part of the new proposed playoff format would be the team with the best record could choose their opponent. Had the rules been implemented in 2017, the Astros would have been able to pick their opponent from a pool of six teams. The Astros wouldn’t have chosen the team with the worst record, but the team that was the worst at protecting their signs. Image the embarrassment for Manfred if another scandal takes place that overshadows his proposed reformat.

For a league that is trying to promote teams and individuals, all of that is currently overshadowed by the Astros’ scandal. No one is talking about the defending World Series champions Washington Nationals. Very little attention is being paid to reigning batting champ Tim Anderson, who has been one of the more under-promoted players of the game. Finally, no one is talking about all the teams that have a legitimate chance of winning the World Series this year.

Manfred needs to step up and sanction additional punishments on the Astros organization and its players. This is the worst collective cheating scandal for baseball since the “1919 Black Sox scandal”, which tarnished baseball for over a decade. Progressive rules and new formats mean little if the integrity of the game is not maintained. Unfortunately, Manfred has very little interest in preserving that integrity.