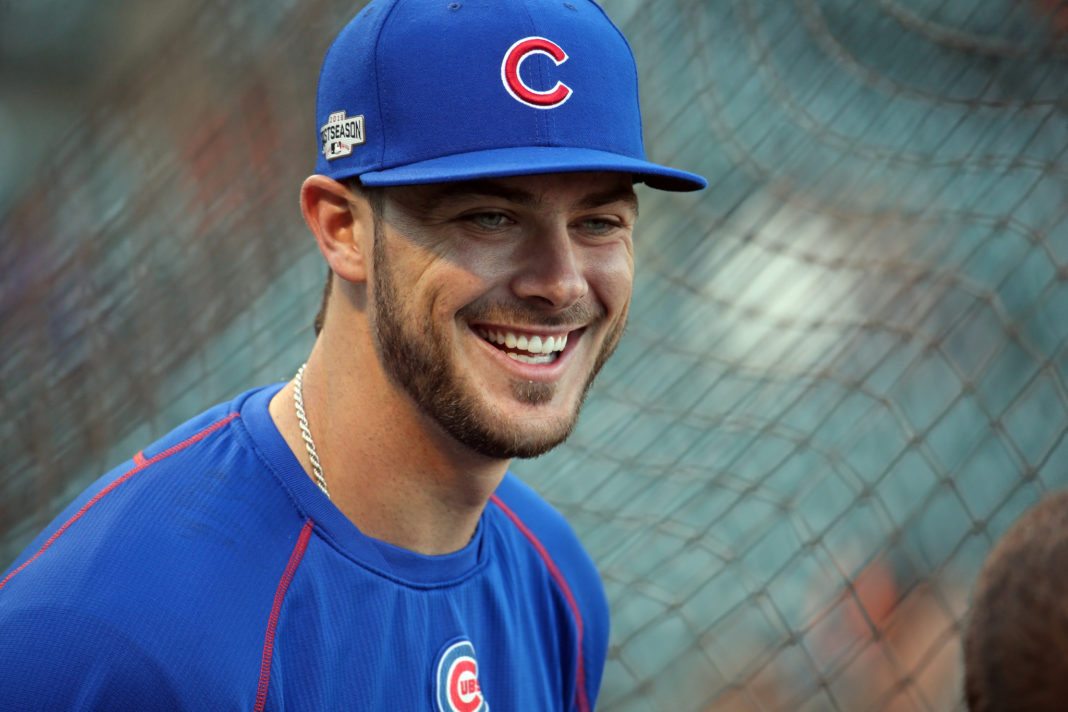 We now have multiple reports of the Cubs still being engaged in the trade market even as we approach the beginning of spring training. However, before you panic, it seems as though no progress has been made in any of these trade discussions. And yes, we’re talking about Kris Bryant again.

Here’s what Patrick Mooney wrote in The Athletic on Tuesday.

This is why the Cubs are still feeling a sense of urgency to do something as players begin reporting to spring training. The Cubs are still active in the trade market, sources said, with almost a week remaining before their first full-squad workout.

Yup, the Kris Bryant trade rumors aren’t going to stop, but now that we’re in February the Cubs are shifting their focus toward the 2020 season.

Mooney brings up the Nolan Arenado trade for Bryant and although those talks aren’t completely dead with the Rockies the process of working on that deal doesn’t exactly fit either sides current desires. Meanwhile, the Braves and Nationals haven’t exactly been aggressive in their pursuits of Bryant either.

Obviously the Cubs aren’t going to sell low on Bryant, who still has two more years of team control before becoming a free agent. I know these rumors are exhausting and yeah it’s frustrating that the Cubs have put themselves in a position where they have been shopping around one of their best players, but before everyone sharpens their pitchforks, Kris Bryant is still with the Cubs and it doesn’t seem like he’s going to get traded anytime soon.

“We were at a point where we were open to considering trades with any of our players that made our team better and our organization better,” Epstein said. “It turned out to be a bit of a slow trade market. There was obviously a big (Mookie Betts) trade this week, but beyond that, it had been a pretty robust free-agent market and slower-moving trade market. Again, I think the reason we weren’t active with trades is just the desire to not force change and we didn’t find deals that we thought made us better at this point or we haven’t to this point.”

“Obviously, the closer you get to Opening Day, the less likely it is to happen. But there’s still some chatter going on across the industry. We’re kind of turning the page, honestly, with our focus. We’re starting the 2020 season. We’re excited about the group that we have in camp. It’s time to pull together and focus on winning games.”

But as we’ve said, the rumors aren’t going away.

Yet, it’s also true that the Cubs remain engaged in communication with other clubs about the possibility of trading the 2016 National League MVP. Sources say the Cubs have spoken with multiple teams in recent weeks concerning Bryant, including the Rangers, Rockies, Nationals and Phillies.
While there is no evidence those discussions have progressed, it’s noteworthy that the Cubs have declined to establish a deadline by which the team will halt the conversations and assure Bryant that he will remain in Chicago for the long term.

Yet, even in Jon Morosi’s report he acknowledges that no trade talks have been serious with any of the interested teams.

Yeah, I’m ready for some actual baseball to be played in 2020.