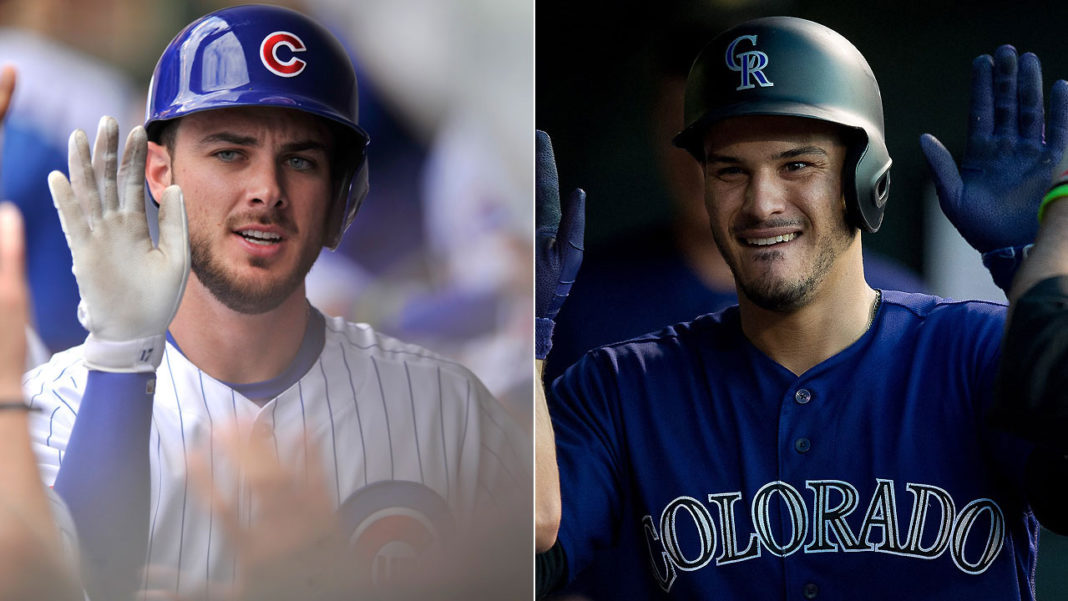 Yeah, I was pretty dismissive when the Cubs were first linked to Nolan Arenado in trade rumors back in January. MLB.com’s Jon Morosi said the Cubs could emerge as trade partners with the Rockies as the Kris Bryant trade rumors also persisted. But then ESPN’s Jeff Passan also linked the Cubs to Arenado…and then ESPN’s Jesse Rogers said the two teams had discussed a Bryant for Arenado trade…and then The Athletic’s Patrick Mooney also reported the trade talks between the Cubs and Rockies involving the pair of star third basemen.

You can’t deny it. The Cubs and Rockies have discussed a trade that involves Bryant and Arenado. National and local media have both reported it, but as teams begin spring training we’ve also seen reports saying that no serious traction has been made in terms of the Cubs trading Bryant.

The interesting thing is that the reports about the Cubs pursuing Arenado have come from Morosi and Passan, national guys, Rogers and David Kaplan, Chicago guys from ESPN 1000.

Kaplan is the latest to relay what he’s heard from sources, but this time he says it’s someone from Colorado.

Here’s what Kaplan said on his show.

“I was on the phone with somebody in Colorado last night who covers the Rockies, and he said to me, ‘Hey dude, let me just tell you, these discussions are real. Nolan Arenado … absolutely wants out of the Colorado Rockies organization, and he’s made it clear to ownership. I don’t want to be here. Get me outta here.’ He said, ‘I’m telling you, the Cubs are absolutely motivated to try to get him. Absolutely, 100%.’”

But hey, if you don’t want to believe Kap, then how about Len Shapiro, who co-hosts a show on Mile High Sports Radio…in Colorado.

Kaplan went on to say that the deal would involve Bryant and a prospect to the Rockies, while the Rockies would send Arenado and some money to the Cubs…just like Les Shapiro said a few days ago.

We’ve seen aspects of this latest report before, as Passan has said Arenado would love to play for the Cubs and in Rogers’ initial report about a 1-for-1 deal between the teams he said the Rockies might be kicking in $8 million per year for the rest of Arenado’s deal.

Arenado has a full no-trade clause, so he can pretty much dictate where he does and doesn’t wanted to be dealt to. And while we’re not talking about an NFL-style holdout, Arenado is definitely sending a message to the Rockies, not working out with the team before he needs to report to spring training.

There is obvious friction between Arenado and the Rockies. Take a look at what Colorado’s GM said the other day in regards to the face of the franchise.

I still think it’ll be complicated to pull off and my dream of trading for Arenado and keeping Bryant is probably just that, a dream, but the Cubs are certainly trying to trade for Nolan Arenado.