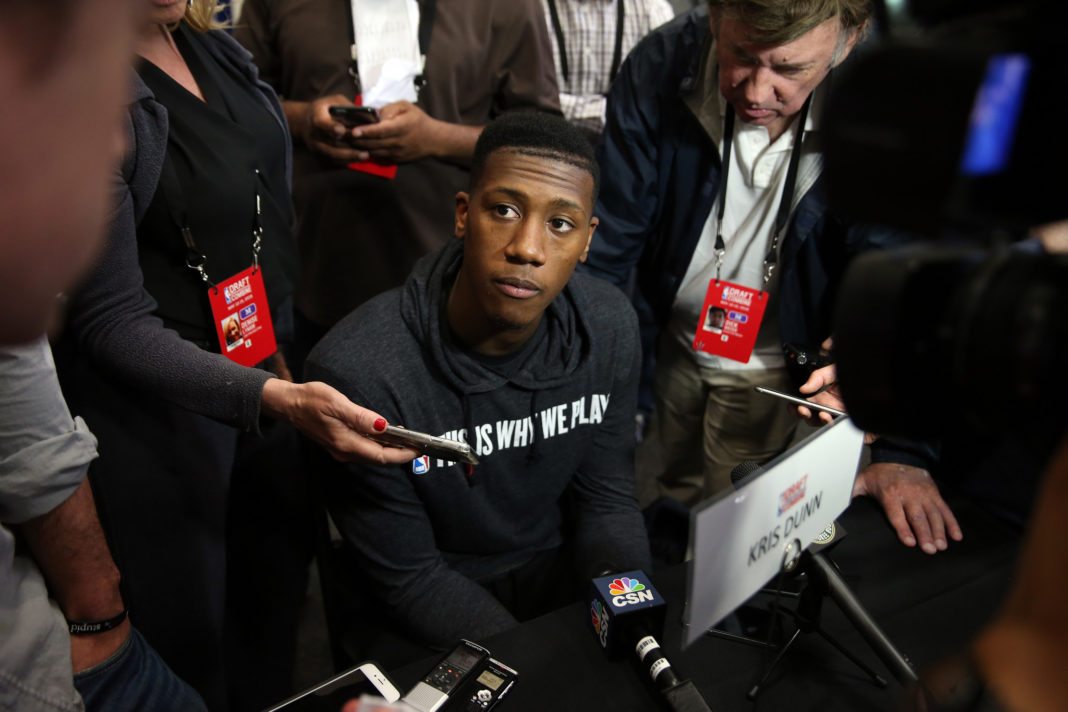 The Bulls are hoping to get back a trio of players within the next three weeks, but point guard Kris Dunn might have his season cut short after his MCL injury suffered in January.

According to K.C. Johnson of NBC Sports Chicago, it’s becoming more likely that Dunn will not return to the court this season for the Bulls.

The Bulls haven’t officially updated Dunn’s status since Feb. 4 when they said the guard’s sprained right MCL would be re-examined in two weeks. But sources said there’s growing belief that Dunn will miss the remainder of the season with the injury, which occurred when Thaddeus Young took a charge and inadvertently crashed into Dunn’s knee on the first possession of a Jan. 31 road game at the Nets.

Dunn, 25, was one of four Bulls players to appear in every game in the 2019-20 season before the unlucky injury took place in Brooklyn.

Dunn also had an MCL injury last season, missing 23 games from October into December. The fourth-year guard has already missed the last four games before the All-Star break and if you include the game against the Nets when he suffered the knee injury you can see just how bad the team has missed his defense.

The Bulls have 27 games remaining on their schedule. Just horrible luck for Dunn, who will be a restricted free agent this summer.

Meanwhile, the Bulls are hoping to see Wendell Carter Jr. Lauri Markkanen and Otto Porter Jr. return by at least March. The Bulls are currently 19-36, five games back of the Magic for the eighth seed in the Eastern Conference.