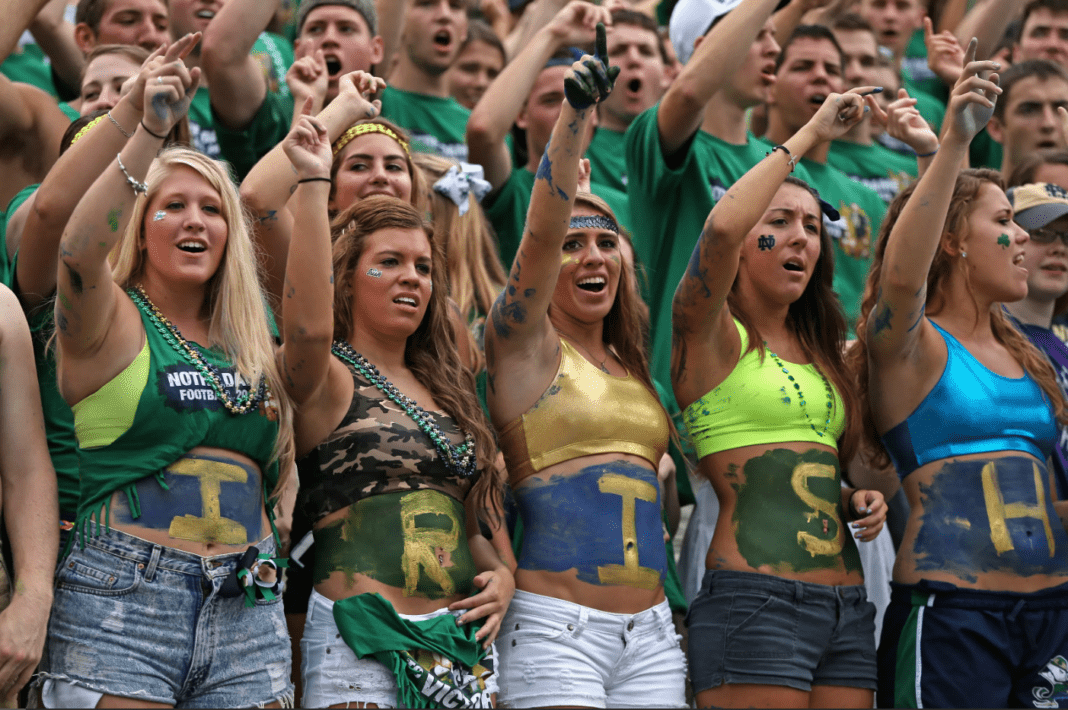 Over the weekend I decided to have a little off-season fun and propose a question to some of Irish nation on what they thought was most likely to occur for Notre Dame in 2020.

To be clear, none of the above was certainly a reaction from many, BUT if you had to chose – which option would you chose?

What is most likely to happen for @NDFootball?

This season only 14 teams racked up 240+ RushYPG. Obviously Navy, Air Force and Army top the list as they rarely pass, but Ohio State, Clemson and Oklahoma each exceeded that threshold.

Notre Dame finished the season at 179.2 RushYPG. Ranking 47th in the NCAA in this category.

Controlling the game on the ground would naturally lead to winning the time of possession battle, a category Notre Dame struggled mightily with last season.

Only 17% of voters thought the Irish would find this kind of production in the run game next season.

Best Offense Is A Good Defense

Notre Dame’s defense behind Clark Lea has been solid. They finished the year tied for 18th overall in total defense.

In addition to being one of the toughest defenses, they also forced 28 turnovers. Surprisingly this was tied for fourth best in the NCAA. I’ll admit 38 forced turnovers would be an average of nearly three turnovers per game.(Assuming at least one bowl game)

The NCAA league high was only 35 this season by Florida Atlantic but Clemson also gained 30 turnovers – by now we’re seeing a theme that good things come to teams that can run the ball and force turnovers on defense.

This would be a recipe for success if the Irish could steal possessions from the opposition. Not only does it keep the opposing offense off the field, but it allows the Fighting Irish to keep the defense rested if late-game heroics are needed.

The Irish seem to run out of gas down the stretch and it goes back to the time of possession. Fresh legs can only lead to good things – but only 16% of the voters thought the defense would gain an additional 10 turnovers in 2020.

Before you get all up in arms about 20% of voters believing in the returning Ian Book at QB it would be important to note that Book has about 20:1 odds at winning the Heisman trophy next season.

I find myself frequently defending Book from getting the recognition he deserves when “experts” talk about who to watch for in 2020. The fact of the matter is statistically speaking, Book has made his case as someone worth keeping an eye on.

Of course a repeat of last seasons efforts would not get him an invitation to New York as a finalist – it really does take a perfect storm to be invited to the ceremony, let alone win it.

All eyes will be on Book to produce and lead his team to victory. Let’s be honest. There will be games this season that were close when they should not be, or perhaps times where the offense just looks out of sync. In all these finite moments, Book will need to rise up and overcome. The outcomes must always be in the favor of the Irish.

Finally, the option that 47% of fans found to be the most likely to occur for Notre Dame in 2020 shows that despite past results they are ready to be hurt again.

Nearly half of the voters felt the Irish had a chance to beat the Clemson Tigers who will visit South Bend on November 7, 2020.

The Tigers will have to brave the Midwestern temperatures and endure a night game at Notre Dame stadium. The Irish have done an excellent job defending home field with their last home loss being against Georgia in 2017.

That is a pretty remarkable feat in itself.

In order to beat a team as hot as Clemson has been over the past several years now, it’s going to take an all out effort. But if on November 7th, the Irish can find a way to force three turnovers, control the clock by grinding out 240 yards of rushing offense and get a signature Heisman performance from Book in his revenge tour against the Tigers – well, we might just be talking about a team poised to contend.

Isn’t it funny how it all comes together?