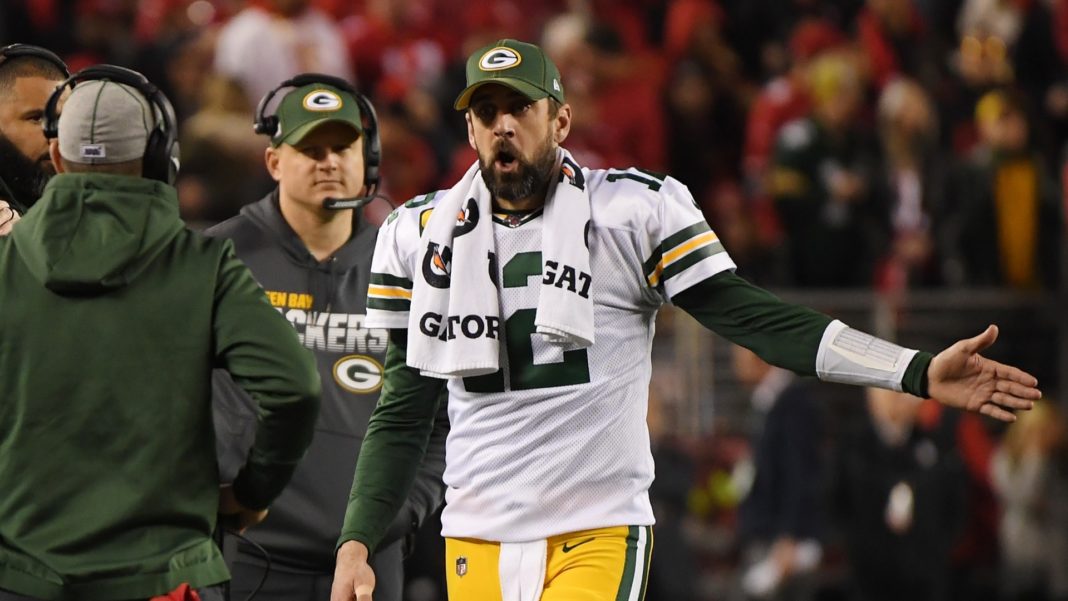 Looking at the season Aaron Rodgers had in 2019, typical people would say it was another great year. He topped 4,000 yards passing, threw 26 touchdowns and just four interceptions. His team went 13-3 and made it to the NFC championship game. One would think the 36-year old future Hall of Famer wouldn’t have many critics at this point. That would be the wrong assumption to have though.

Bob McGinn, the Packers beat writer for The Athletic came away considerably less impressed with Rodgers than others. He credits the team’s success last season more to a favorable schedule, injury luck, and a great red zone defense. Rodgers played his part, sure. Was he the main reason for the run though? It doesn’t seem that way to him. McGinn saw a number of problems with the quarterbacks’ season from his uncharacteristic missing of easy throws, his lack of aggressiveness, not going through progressions like he used to, and a rising problem with fumbles.

More than anything, McGinn made it clear Rodgers isn’t elite anymore.

“Over time Rodgers has been less willing to step into throws. He’ll then miss a little swing pass or throw behind a receiver. Certainly, no one can know how he interacts with LaFleur behind closed doors. At times, the cameras on Sunday will show Rodgers looking away from the coach when he’s speaking to him. It appears to reveal a degree of condescension, but that’s open to interpretation.

Perhaps a second year in this offense will enable Rodgers to rekindle past glory and return to his last great stretch (Games 10-19, 2016). Supporting casts come and go. Franchise quarterbacks make their supporting casts look better than they are. At one time, Rodgers did that. Can he do it again? Grade: C-plus“

Aaron Rodgers decline shows up in the stats too

While his primary numbers are still better than most quarterbacks in the league, it is also easy to notice how far he’s fallen. His completion percentage has fallen steadily since 2016 from 65.7 to 62.0. The same goes for his passer rating, sliding from 104.2 to 95.4. It is hard not to see that is clear cut evidence that the eight-time Pro Bowler is slowly seeing his magic start to slip away. Green Bay spent all that money in the 2019 offseason to seize that Super Bowl window while it’s still open.

Their latest attempt failed. It’s hard to tell how much time they have left. Everything that could’ve gone right for them did last season. It is virtually impossible they will catch as many breaks again in 2020. That is probably why McGinn came across with such a sobering grade. It’s a reminder that the team is running out of time.