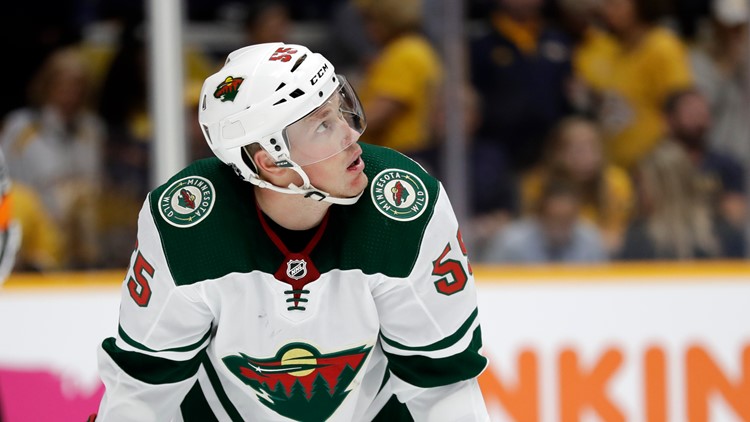 Coach Jeremy Colliton will not make any changes to the lineup for tonight’s game vs. Minnesota.

The Chicago Blackhawks made a surprising addition to their roster on Monday afternoon by claiming defenseman Nick Seeler off waivers from the Minnesota Wild. Seeler, a 6-foot-2, 200-pound 26-year-old, has been a healthy scratch for the majority of this season after playing in 71 games last year. He played in just six of Minnesota’s 51 games with no points and a -6 plus/minus rating before being waived on Sunday.

“The last thing I wanted to do was clear waivers,” Seeler admitted. “We just kept saying, ‘It just takes one team.'”

Unfortunately for Seeler, he will likely serve the same seventh defenseman role for the Blackhawks as he did for the Wild. The Hawks have rolled with the same six defensemen in each of the last eight contests and have finally found some success. Slater Koekkoek has made a significant impact since his return to the lineup on Jan. 9 vs. Nashville, which caused fellow blueliner Dennis Gilbert to be reassigned to the Rockford IceHogs on Sunday.

“[Gilbert] had a stretch where he was really good for us and we couldn’t take him out,” said Colliton. “All of a sudden, things flipped, and Koekkoek does the same thing.”

Seeler will not make his Blackhawks debut against his former team on Tuesday night, as Colliton didn’t want to make any changes with how well the team has been playing as of late. Colliton also said that it “may take a little time to get [Seeler] into the group and up to speed” with the defensive coverages and responsibilities.

In the meantime, Seeler will remain ready for his opportunity, whenever that may be. The 2011 fifth-round pick (131st overall) hasn’t played since Dec. 7 but remains confident in his strengths and abilities.

“I add that physical presence and am good in the defensive zone and good on the [penalty kill]. Seeler said. “I think I can jump up in the play and contribute more offensively than I have in the past.”

Seeler has just two goals and nine assists in 99 NHL games and will never be known as an offensive defenseman. Even in 112 career AHL games, he’s recorded only 17 points. The former University of Minnesota Golden Gopher has another year on his remarkably cheap contract with a $725,000 cap hit after this season.