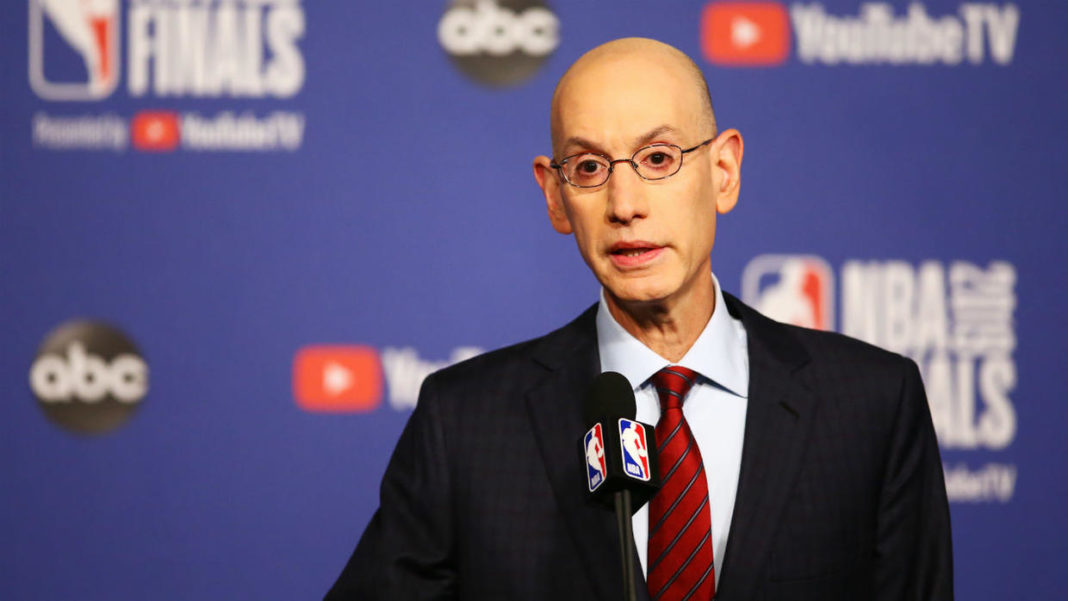 “It’s still those same Reinsdorfs who ultimately are the decision-makers for the team. They are very focused on the performance of the team. And I know that in some ways, for Jerry in particular, it’s one of the reasons why something like an All-Star game can be a bit of a distraction because he knows success for him will always be measured in terms of championships. Over time, they’ll get it right.”

Over time they’ll get it right? I understand the commissioner has to be candid in his responses but when is enough time — enough? The call for change has never been louder. Bulls fans’ worldwide are ready for it. The blind loyalty Jerry has shown to both John Paxson and Gar Forman has to come to an end. In the 90s, the Bulls were measured by championships. However, that is far from the case right now. The main focus should be putting together a team/coach/front office that is actually competitive again. And according to an earlier report in January, from K.C. Johnson, that just might happen sooner rather than later.

The excuses have to stop

The Chicago Bulls have vastly under-performed this year as they boast just a 19-33 record midway through the season. But even with the poor play, they find themselves just four games out of the eighth seed in the Eastern Conference. Kinda crazy when you think about how wild this season has been. The likelihood of the Bulls making a push for that final playoff-spot is long-shot due to all the recent injuries that are currently surrounding the team. But no matter how the season wraps up, changes at the top will still be necessary.

The time for patience is over. Jerry will have to make moves within the front office, as fans are growing restless. The Bulls haven’t been relevant in what seems like years and that is flat out embarrassing. In a perfect world, Jim Boylen, John Paxson, and Gar Forman will all be out the door come season’s end but hell, I’d take just two out of the three at this point. That’d still be progress and a major step in the right direction.