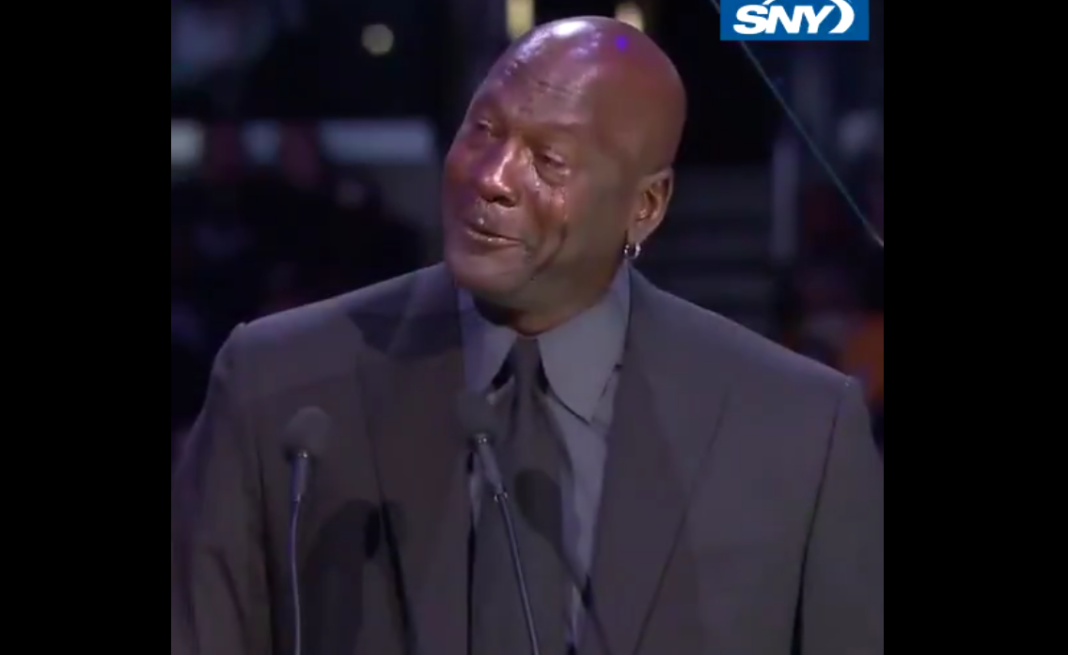 Michael Jordan always strives to be the greatest at whatever he does. Basketball? He’s got that locked down. He’s also an accomplished golfer and one of the highest-ranked players ever on the mobile game Bejewelled. True to form, he also unquestionably has the greatest sports meme in history. His famous “Crying Jordan” picture has been used time and again by fans and media depicting all sorts of events in sports for years.

Frankly, he’s grown tired of it.

Surprisingly this was one of the reasons why he was reluctant to speak at Kobe Bryant’s memorial service on Monday. He knew his love of the deceased icon would bring up his emotions. Jordan looked at Bryant as a little brother. The two had forged a strong bond in their post-playing careers. Having to open up that fresh wound again would inevitably lead to tears, and Jordan delivered nothing short of an Instant Knockout with a speech that truly came from the heart.

Thus he knew a new meme would soon follow.

“I’ll have to look at another crying meme for the next …I told my wife I wasn’t going to do this because I didn’t want to see this for the next three or four years,” he said. “But that is what Kobe Bryant does to me. His friends can all say the same thing he knows how to get to you in a way that affects you personally- even if he’s being a pain in the ass.”

Michael Jordan, as always, is a man driven by his passion

This is just another example of what made Jordan great. Guys like that are pushed forward by relentless drive. Their passion and emotion can sometimes get them into trouble, but it also was the catalyst for making them better. Jordan did what a lot of guys couldn’t. He found a way to harness it. Bryant was the same way. So it’s really no surprise the two grew so close over the years. They were mirrors of each other.

Seeing Bryant die so suddenly, it was like seeing a piece of himself go with him for Jordan. One can only imagine how people might’ve reacted had the same thing had happened to him.