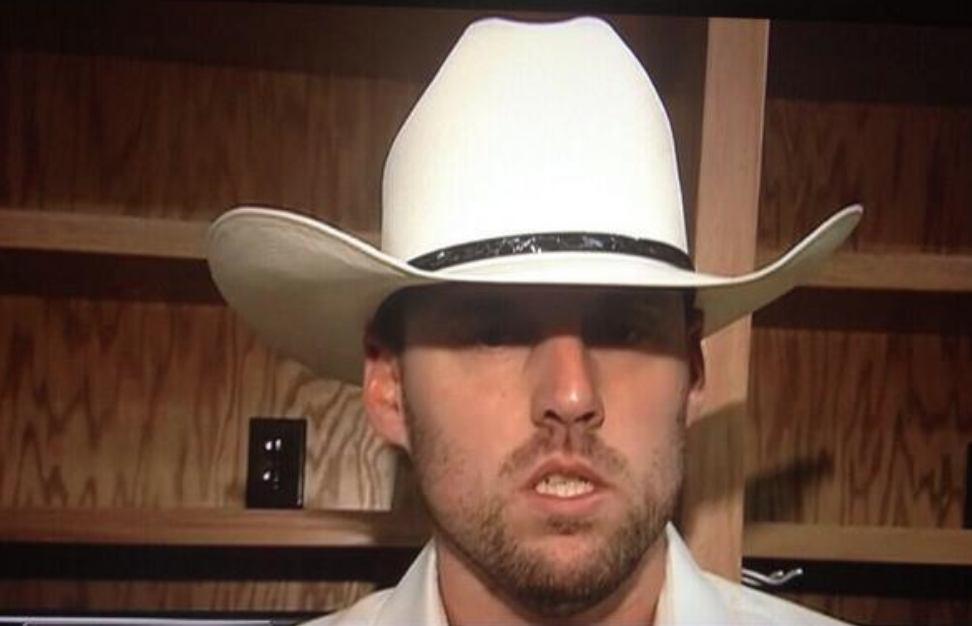 That was his first HR of spring training and then he lined another ball to left in his next at-bat for a single. El Mago is ready to go.

The Cubs shutout the Royals at Sloan Park and obviously the pitching was fantastic.

And this is pretty good to see early in spring training.

The Cubs picked up Trevor Megill from the Padres in the rule 5 draft this past offseason. He has to stick on the active roster for at least 90 days to remain with the Cubs or he’d go right back to the Padres. The Cubs could also try and work out a deal and make a trade to keep control of Megill without having to worry about keeping him on the 26-man roster.

We’re now a month away from Opening Day, but still no agreement with Comcast. You can read more about the WOW! deal here.

Hey, remember John Lackey? Grumpy, hard-ass, pretty good in 2016, kinda not good in 2017, kinda scary and may eat you?!?! Well, David Ross invited him to Cubs camp and he’s there right now.

Jose Quintana is back after missing time with the flu. He’s switching his changeup grip after consulting with pitching coach Tommy Hottovy this offseason. Read about that and more below, as Brad Wieck is also expected to rejoin the Cubs later this week according to Jordan Bastian.