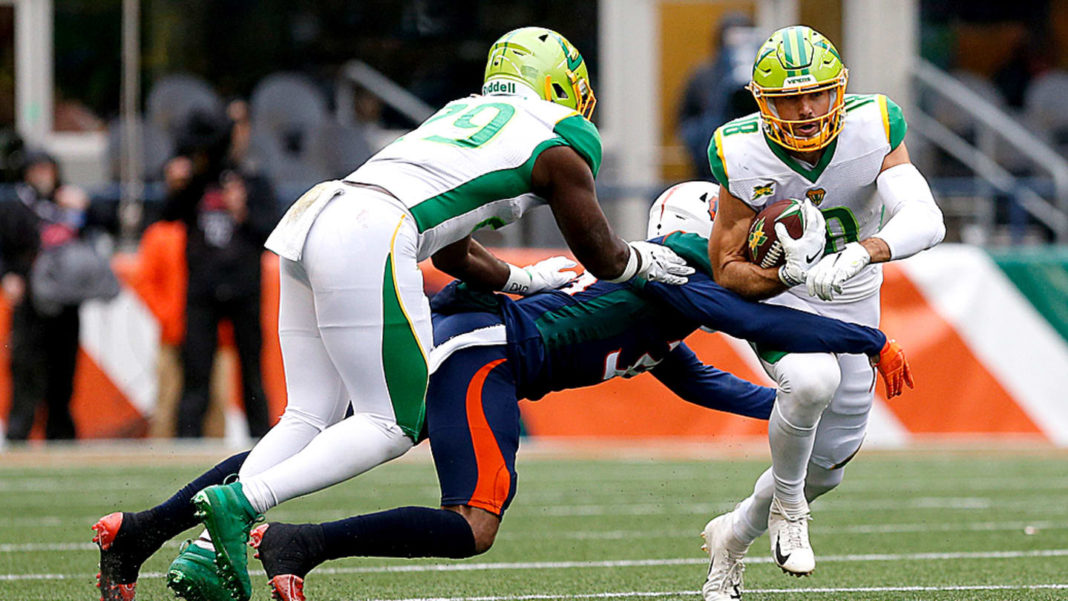 If Chicago Bears fans are struggling to find ways to scratch their football itch, they need to watch what’s happening in the XFL. Not so much because the games played are overly exciting, but more because it’s becoming a showcase for how out of touch Marc Trestman is as a head coach anywhere except Canada. His tenure running the upstart Tampa Bay Vipers got off to quite the start, being blown out on the road 23-3 by the New York Guardians.

A game where former Bears tight end Greg Olsen could literally be heard sighing as he watched Trestman call plays.

Perhaps that game was an omen of where the Vipers were headed because the Guardians were just thoroughly crushed 27-0 by the D.C. Defenders. Not a good sign for Tampa Bay’s visit up to Seattle to face the Dragons. Sure enough, after opening up a 9-0 lead in the first half, they watched as Seattle reeled off 17 unanswered points to send the Vipers to an 0-2 mark.

The best part though? Trestman’s offense has still failed to score a touchdown in eight quarters of minor league football. And counting.

Marc Trestman fall from grace has been incredible

It’s important to remember that at one point in time, Trestman was a highly respected offensive mind in the NFL. His offense was almost unstoppable in 2002 as the Oakland Raiders went to the Super Bowl. Then in 2013, he got the #2 scoring offense in football out of the Bears. From there? His demise was shockingly rapid. The offense fell to 23rd in 2014 and he was fired after just two seasons. He became an offensive coordinator for Baltimore the next year and would finish 25th and 21st during two seasons at the job.

He returns to the CFL in 2017, wins the Grey Cup despite finishing just 9-9 that season but gets fired a year later after a massive team-wide regression. Now here he is, sitting at the bottom of the barrel in an expansion football league. It’s incredible to think this man was selected over Bruce Arians to replace Lovie Smith just six years ago.