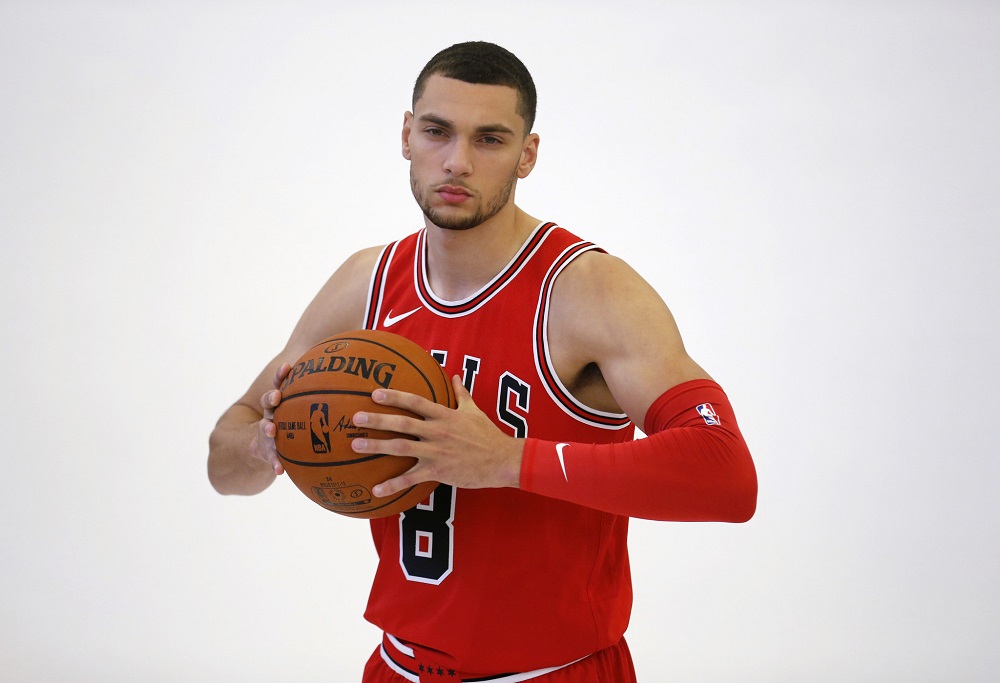 The preliminary roster for the USA basketball team was released yesterday. The list showed the 44 finalists to make the team for the Tokyo Olympics this year. There were quite a few questionable players on this list, and also, a few names most fans would have expected to see.

On this list, you see Derrick White, Kyle Kuzma, Joe Harris, Harrison Barnes, and Dwight Howard. Players who at this point are surprising to even be considered for this team with all of the talents within the league. LaVine has been playing some of the best basketball of his career over the past two seasons. He has shown time and time again that no matter the situation, he will play hard and with passion. Isn’t that a characteristic, on top of good play, that the Olympic team would look for?

LaVine isn’t the only snub from this list. Fans expected to see names like Ja Morant, Trae Young, and Zion Williamson. However, this strikes a nerve with Bulls fans who again have to see LaVine miss the cut for something he deserves to be apart of.

LaVine has personally struggled to play in Boylen’s system. Though his play has been fantastic on the court, it is clear that there’s tension between Boylen and himself. Back in November, LaVine told Yahoo Sports,

“I’M TRYING MY BEST, I’LL SAY THAT,” LAVINE TOLD YAHOO SPORTS AFTER THE 116-108 LOSS TO THE HEAT. “I’M PLAYING MY MINUTES AND TRYING TO DO THE BEST I CAN DO. IT’S TOUGH, ESPECIALLY WHEN YOU’RE IN A RUT. IF HE DOESN’T TRUST ME, IT’S HARD TO TRUST SOMEONE WHO DOESN’T TRUST YOU.”

LaVine has led the team in scoring for 39 of the 54 games they have played this season, and he has had to take control late in games to get wins. The only thing that can make sense of this to fans is that LaVine was asked and declined the invitation to be on the team. Regardless of the reasoning, LaVine hasn’t been given the credit that is due. He is on a rebuilding team playing like an All-Star and if the Bulls don’t make changes quickly, they could lose the best player on the team.