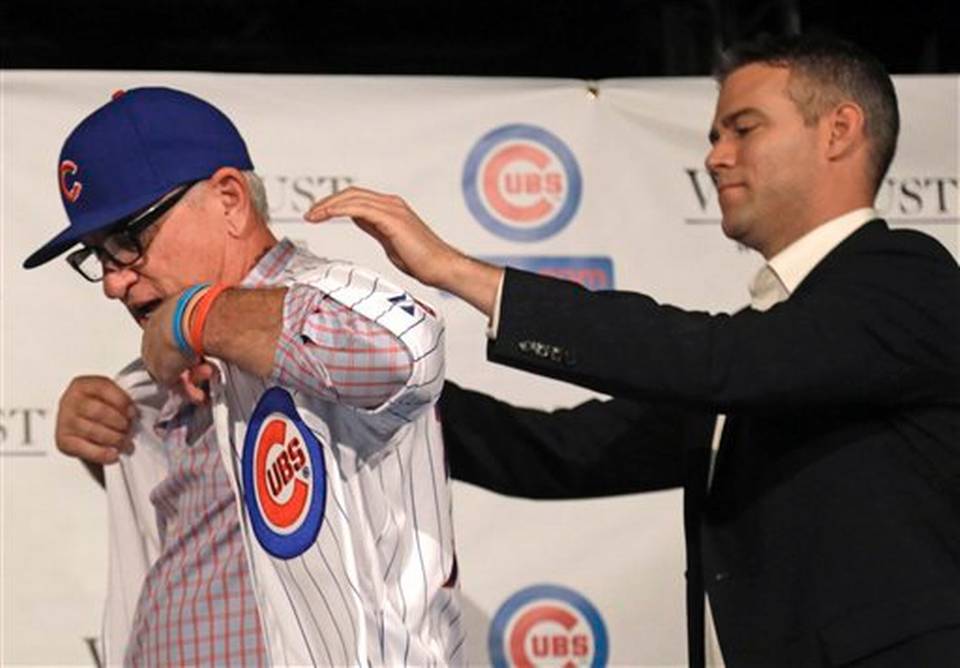 Most of these comments made by Joe Maddon aren’t exactly new or groundbreaking, but obviously they’re going to get the media’s attention. No, Joe Maddon wasn’t fired after five seasons managing the Cubs and there hasn’t ever been a sense that there are hard feelings between Maddon and Theo Epstein, but obviously the partnership was no longer working.

After the 2019 season Maddon wanted to make it crystal clear that he didn’t want to return to the Cubs as much as the team was ready to move in a different direction.

Here’s his quote from October.

“I didn’t know how the end of the season with the Cubs was going to work out either. Everyone thinks they knew, but they didn’t, and I didn’t either. When it got down to the last couple days it was really obvious to both sides. I didn’t want to be back either. It was more of a bilateral than a unilateral decision.’’

So, in that interview with the Tampa Bay Times Maddon says a decision wasn’t reached until the final days of the regular season.

After drinking some wine on a Friday night, Maddon and Epstein sat together on Sept. 29, when it was made official that following five seasons Maddon and the Cubs would part ways.

The new Angels skipper was recently interviewed by ESPN’s Alden Gonzalez and in the story Maddon once again pointed out that he didn’t want to return to the Cubs. He pushed it a bit further this time, saying he knew he wanted out during the middle of the season.

A little more than four months later, Maddon reasoned that it was “time for both sides” to move on. He said he had come to the realization that he didn’t want to return to Chicago while the 2019 season was still ongoing, regardless of the outcome.

And why was that? Not really that difficult to guess as there were already reports that Maddon and Epstein weren’t agreeing on things. The former Cubs manager said the front office wanted to change everything after the 2017 season.

“It was plenty,” Maddon said. “Philosophically, Theo needed to do what he needed to do separately. At some point, I began to interfere with his train of thought a little bit. And it’s not that I’m hardheaded. I’m inclusive. But when I started there — ’15, ’16, ’17 — it was pretty much my methods. And then all of a sudden, after ’18 going into ’19, they wanted to change everything.”
“There was just, you can say, philosophical differences,” Maddon continued, referencing his relationship with Epstein. “But he and I are still good friends. And I like the man a lot. It was just time for him to get someone else and time for me to work somewhere else. That’s all. A five-year shelf life in Chicago is almost equivalent to five to 10 somewhere else. At the end of the day, man, there’s nothing to lament there. That was the most successful five years that the Cubs have ever had.”

And yes, Epstein did admit that there were differences in philosophies.

However, while Epstein didn’t call Maddon a liar in regards to the manager making up his mind mid-season about wanting to leave, Epstein said that those comments don’t match up with the conversations they were having throughout 2019.

Going back to Maddon’s quote from October, it sure does seem like he’s trying to make the story look better for him by saying he was out the door anyway instead of the Cubs letting him go.

Also, there’s this from Aug. 11, right before the terrible sweep in Philly. I guess there was a handshake agreement between the Cubs and Maddon that neither side would discuss his contract publicly during the season.

However, Maddon did just that.

And the accomplished manager expressed that his optimism remains high that the Cubs will re-sign him when the time comes to make that call.
“It’s very high, yeah,” Maddon said. “Very high. Very, very high. I’m operating in that I believe we’ll be together for a couple more years at least.”

Maybe Maddon didn’t want to create a fuss in the media with a negative response, but he could have easily said that he wasn’t focused on that at the moment or something like that.

Whatever the case may be, you can’t really say there are any hard feelings between Theo and Joe.

Water under the bridge at this point.