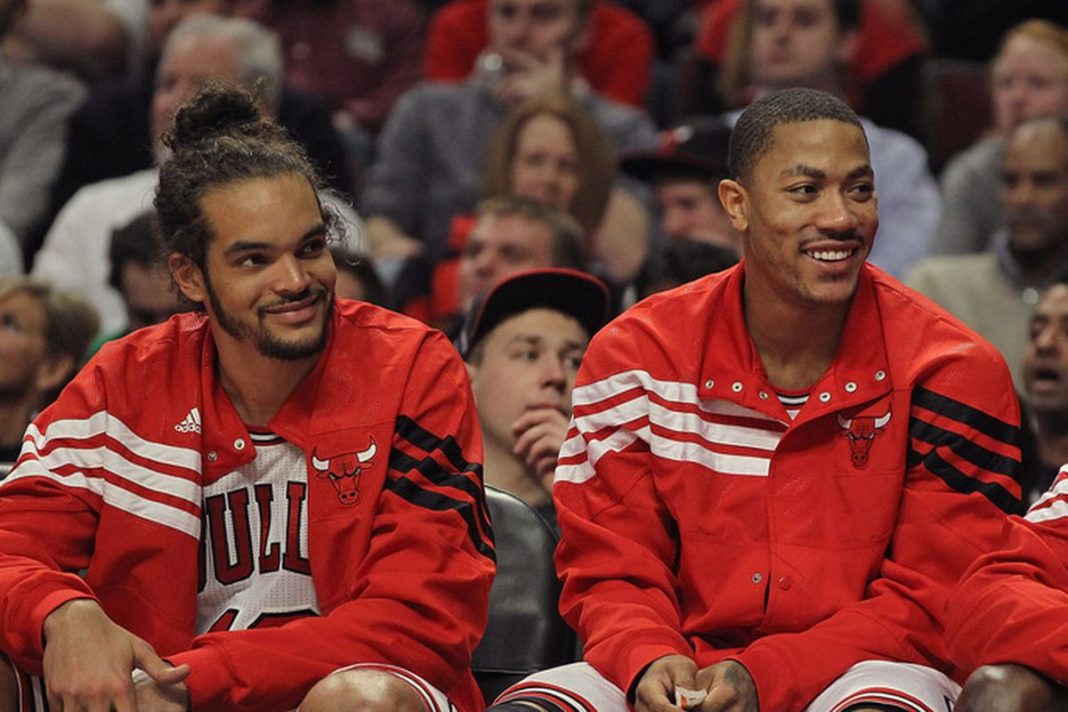 In a recent interview on Pardon My Take, Joakim Noah was asked about the Bulls chances of winning a championship if Derrick Rose never got hurt in round one against the Philadelphia 76ers back in the 2012 playoffs. Noah didn’t hesitate and gave a rather decisive answer:

“I think we are holding the trophy up.”

It was later revealed that Rose suffered a torn ACL while trying to leap off his left foot in the lane with about 1:22 left in the playoff game that was all but decided.

This isn’t a hot take

Many will take what Jo said and laugh. They will say that there was no way the Bulls were going to get past Lebron James and the Miami Heat. I mean sure, this might be true but it would be naive to just count out this 2012 Bulls team. They seemed primed to dethrone the Heat and were hungrier than ever. It is a shame we are stuck to strictly discussing hypothetical scenarios when it comes to the Derrick Rose era, as we have no idea what those teams left out there. At the end of the day, I think Jo is being reasonable. I truly believe the Bulls would have won at least one championship if all the injuries didn’t occur.