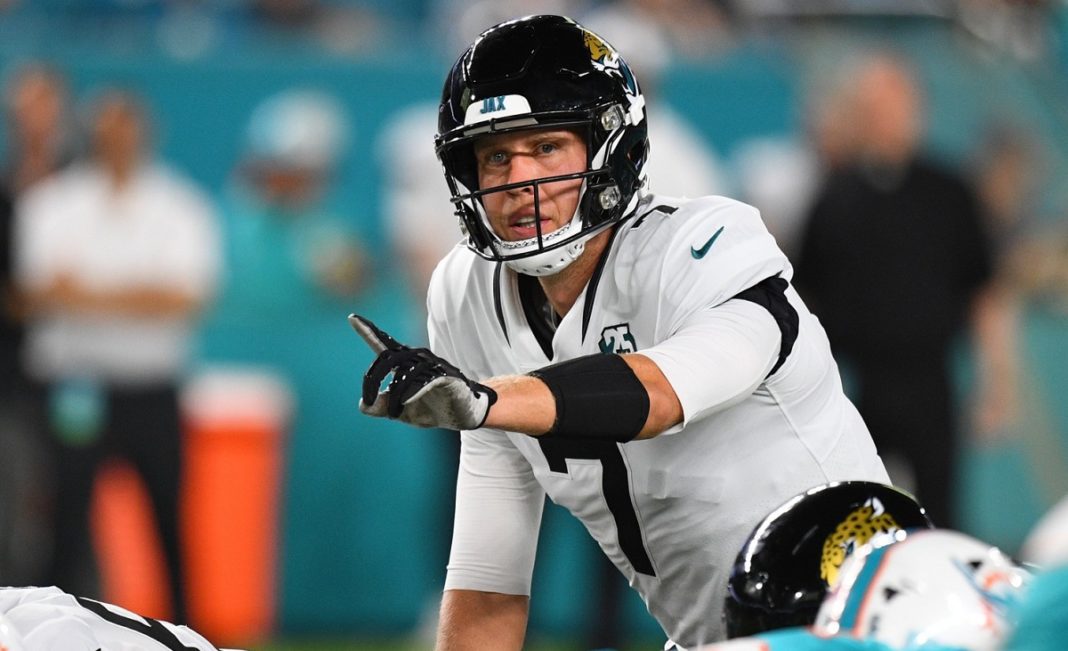 The Chicago Bears have some decisions to make at quarterback. This is not new information. General belief is that the team will want to bring in some sort of competition to help push Mitch Trubisky for the starting job while providing necessary depth as well. Amidst a long list of notable veterans on the market, many continue to speculate about the possibility of a Nick Foles trade.

The Jacksonville Jaguars signed the veteran former Super Bowl MVP to an $88 million contract in 2019 with the idea of him being their long-term starter. Those plans took an unexpected turn in just the first game of the year. Foles injured his shoulder and was lost for the next two months. In his place, rookie Gardner Minshew shined as the starter. By the time Foles did return, it was too late. He struggled a bit when going back into the lineup and the Jaguars benched him.

Now they’re saddled with that massive contract despite likely moving forward with Minshew. NFL insider Mike Garafolo believes Jacksonville absolutely wants to unload that deal and knows they’ll have to eat some of the money from it in order to entice teams to make a trade for him.

Foles just makes so much sense for the Bears. He won a championship in their style of offense with the Philadelphia Eagles. If that weren’t enough, he has direct connections to much of their coaching staff including head coach Matt Nagy, offensive coordinator Bill Lazor, and quarterbacks coach John DeFilippo. That level of familiarity makes this an easy connection. The one problem was that contract.

Right now the Bears are projected to have just over $13 million in salary cap space come the start of the league year. That’s not enough to accommodate Foles and a host of other moves they need to make. However, if the Jaguars were willing to eat a considerable portion of that money to move the contract out? Then it’s a trade that suddenly becomes truly viable for this team. Perhaps their projected 4th round compensatory pick would be enough to get it done.

That would be as favorable a scenario as one could hope for.