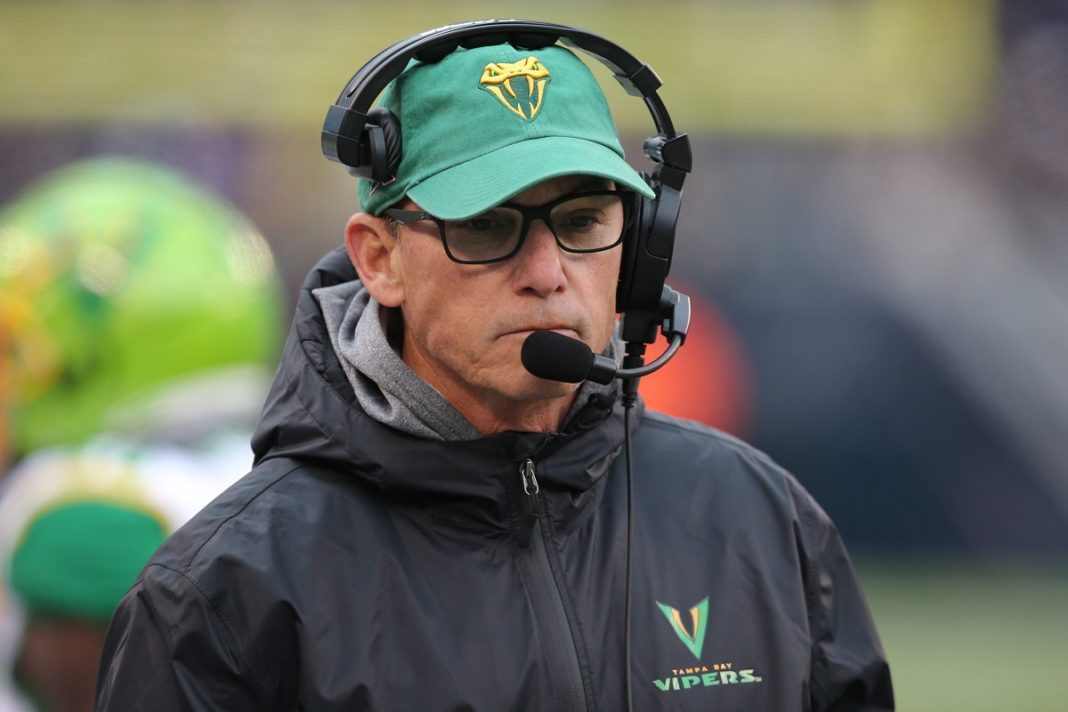 Ask any Chicago Bears fan how they feel about Marc Trestman and most won’t even be able to form words. They’ll just let out an audible groan. That’s how much pain the former head coach put them through during his two years with the team. Years overrun with atrocious defenses and a massive implosion in locker room culture. Nevermind a vastly overrated reputation as an offensive play caller. If anything best exemplifies that, it’s what Greg Olsen did recently.

Let’s remind people. Though a former Bear himself, Olsen was gone by the time Trestman arrived in 2013. The two had never crossed paths before. So the tight end got his first true look at how the coach ran his operation last week when he stepped in as a guest commentator during the opening game between the New York Guardians and Trestman’s Tampa Bay Vipers.

His true feelings came out late in the 4th quarter. Tampa Bay trailed 23-3 and faced 4th down in the red zone. They needed a touchdown to have any hope of mounting a comeback. The first inkling that Olsen knew something was wrong was when Trestman elected not to put backup quarterback Quinton Flowers on the field. He’d already posted 34 yards rushing and threw a 37-yard pass that day.

Having his dual skillset on the field made too much sense.

Trestman declined, instead opting for Aaron Murray to throw a pass short of the goal line that fell incomplete. After the sequence, Olsen audibly sighed, almost feeling the pain of how futile it was.

Perhaps deep down in his mind, Olsen realized how close he’d come to playing for Trestman. If the Bears hadn’t made the decision to trade him in 2011, he almost certainly would’ve been on the roster when the coach arrived two years later. Certainly not the sort of what-if scenario a guy wants going through his head. Either way, the exasperation was so evident in Olsen’s voice. It’s hard not to laugh.

Chicago knows the feels. They were there for all of it. Tampa Bay fans are in for a rough ride this year.