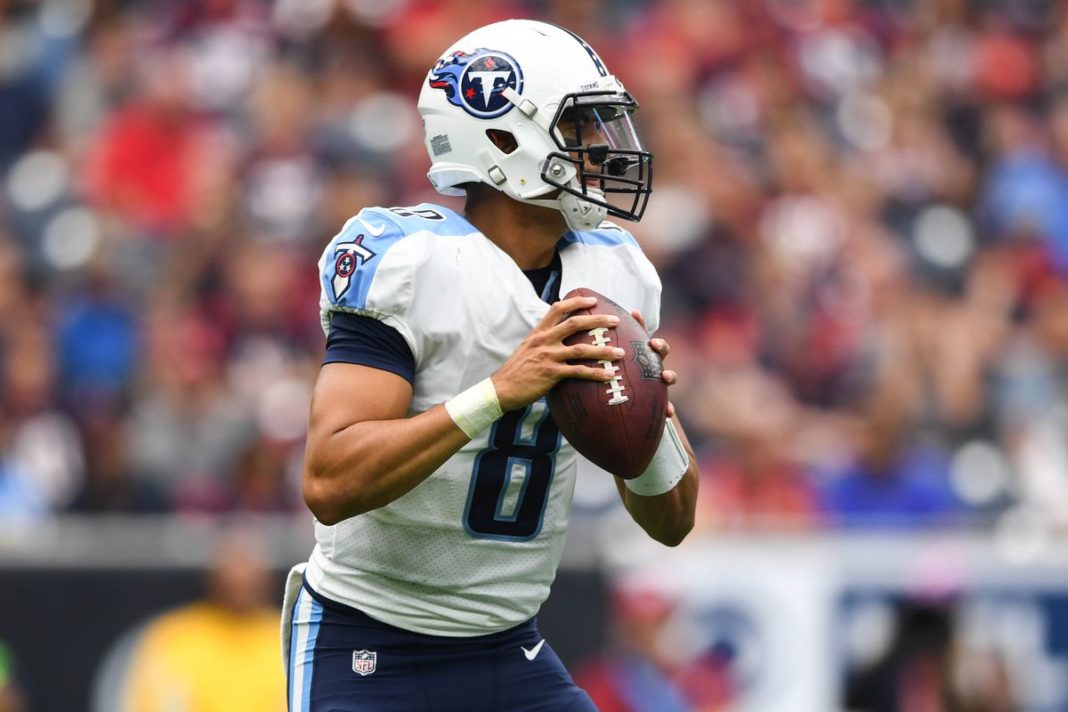 The name Joe Banner probably isn’t the first one that comes to mind regarding NFL executives. Most who engage with him on Twitter typically bring up his rough two years in Cleveland in 2012 and 2013. In truth though, the man has had an impressive run as a team president and front office consultant since the late 1990s. His fingerprints were on two different Super Bowl teams in the 2004 Philadelphia Eagles and 2016 Atlanta Falcons. So his views on players carry weight. That is why his recent statement on Marcus Mariota is interesting.

Banner seems to think that a rather loaded 2020 free agent class of quarterbacks is making it too easy to overlook the former #2 overall pick. While he never realized his potential in Tennessee, he does believe there is still time for that to happen. He just needs a fresh start and an opportunity somewhere. Take a guess at Banner’s choice of landing spot.

Mariota has a complicated legacy. He was excellent in 2016, throwing 26 touchdowns to just seven interceptions. A year later he threw more interceptions (15) than touchdowns (13) but was great in the playoffs including an 18-point comeback over Matt Nagy’s Kansas City Chiefs. One could argue we haven’t been able to see the real Mariota because he’s had three different head coaches and four different offensive coordinators dating back to his rookie year.

It’s hard to have success under those conditions. Ask Jay Cutler.

One must also remember GM Ryan Pace strongly considered trading up that year to get the Heisman winner. Perhaps that interest is still there. The primary reason this makes sense for the Bears is the price. Mariota isn’t expected to command significant money on the open market. No more than that of a high-priced backup. It’s expected Mariota will accept that with the idea of joining a team that will give him a chance to compete for the starting job.