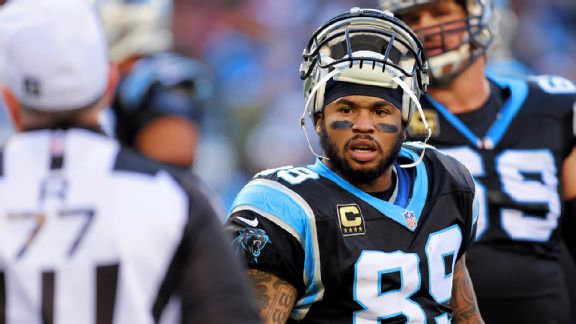 Former Carolina Panthers wide receiver, Steve Smith Sr. is no stranger to burning the Bears. Despite being retired since the end of 2016 season, Smith Sr. found one more opportunity to burn the Bears again on Thursday afternoon during the Waddle & Silvy radio show on ESPN Chicago.

The show was being broadcast live from radio row in Miami for the Super Bowl this week and during a commercial break Smith Sr. happened to be walking by and Waddle & Silvy producer, Adam Abdalla attempted to get him to sit down for an interview.

Abdallah recounted the interaction on Friday’s broadcast of the show.

“I get up and I go run after him. And I’m like, ‘Hey Steve, ESPN Chicago we’d love to have you on.’ And He doesn’t say anything at first and his person goes, ‘Sorry we’re going he’s got a car sitting outside.’ He [Smith] turns around sees me wearing the Bears zip up and he goes, ‘I’m not coming on your show because you guys didn’t make the playoffs because you’re quarterback stinks.'”

Between a defensive starter from the Kansas City Chiefs commenting on head coach Matt Nagy’s trust level of Trubisky along with Smith’s remark, let’s hope Trubisky had his radio turned off this week considering how fragile he appears to be when it comes to criticism.