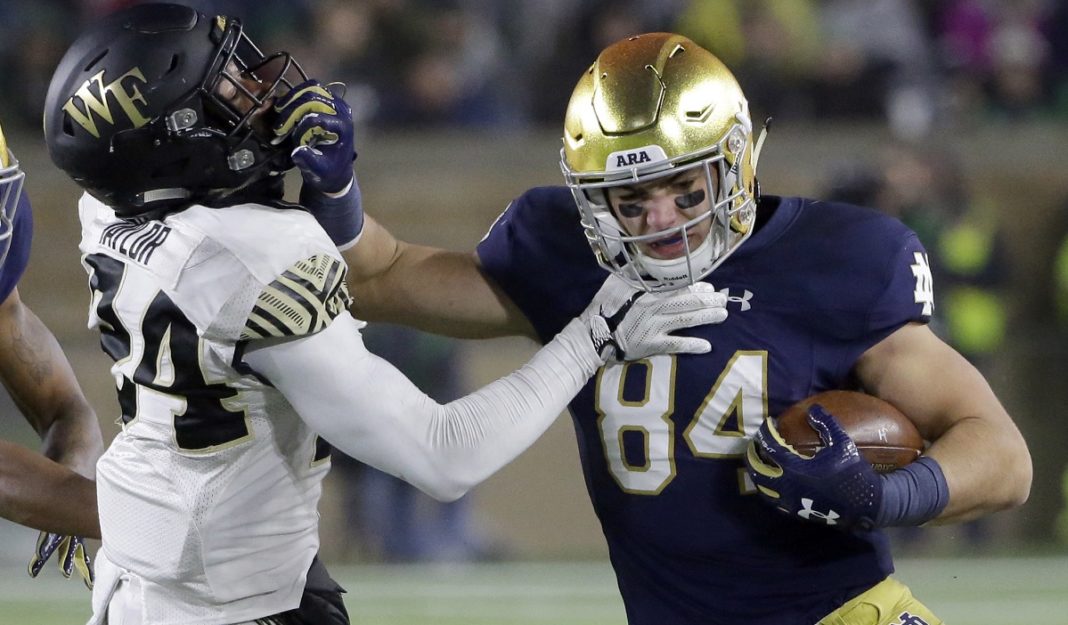 The Chicago Bears likely have a plan of attack when it comes to this 2020 offseason. They’re not going to tell anybody what it is, obviously. So all one can do is speculate at this point. Of all the things on the agenda though, it’s pretty clear that most of the work GM Ryan Pace and his staff do will focus on the offensive side of the ball. Quarterback? Offensive line? Wide receiver? All will be at the forefront. Yet none may be able to top the glaring need at tight end.

Not a single player at that position managed 100 yards or more in 2019. This sort of achievement is truly rare in the NFL these days. Trey Burton can’t stay healthy. Adam Shaheen is a bust. Ben Braunecker is a special teams backup. Jesper Horsted and J.P. Holtz are nice reserves but hardly what the Bears need from that position. Especially in Matt Nagy’s offense. One that demands legitimate production from the tight end.

This might explain why former Super Bowl-winning GM Charley Casserly believes the team will have their focus squarely on that position at the scouting combine in Indianapolis. In fact, he already has a name picked out that will appeal to them the most.

“CHICAGO BEARS: Cole Kmet, TE, Notre Dame. The Bears’ biggest need on offense is tight end. There are several guys who would fit well in Matt Nagy’s scheme, including Purdue’s Brycen Hopkins, but why not aim for the best TE in his class in Kmet?”

Cole Kmet is an intriguing prospect the best way to describe him is as follows. He isn’t “elite” in any category regarding physical talent. However, he’s not weak in any of them either. He is a solid, well-rounded prospect who has enough size, enough route running skill, enough speed, and enough ability to catch the football to believe he can be a long-term starter in the NFL.

People who watch him might be reminded of Jason Witten. He was never the most explosive guy. He just consistently got things done. That is how Kmet looks and feels as a prospect. There really isn’t much he can do in the drills that will change that. His primary goals at the combine will be getting a clean bill of health and doing well in his interviews. One can best Pace will be keen to see how that goes.