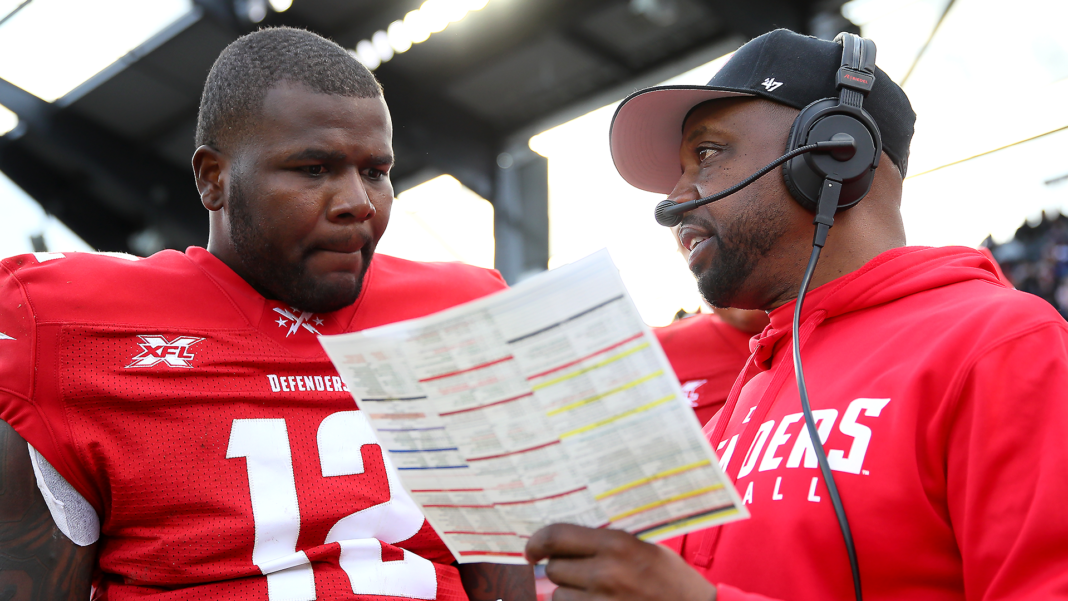 Any Chicago Bears fan who has been active on social media over the past several years should know the name Greg Gabriel. He was a former scout for the franchise who spent nine years there, helping to construct those really good teams from 2005 to 2010 that won three division titles and reached the Super Bowl. Recently though he’d been more of a go-to-expert of media outlets and a guy who was never afraid to throw his opinion around on Twitter. Even if it got him in trouble.

Most felt his football days were over. Then the XFL called. At age 68, he accepted a position to become their a player personnel director for the upstart D.C. Defenders alongside former Bears coach Pep Hamilton. In the span of just months, the two had to work on building an entire roster from scratch and somehow make it competitive in an eight-team league. No easy task.

However, according to Brad Biggs of the Chicago Tribune, Gabriel does not lack confidence about his squad. In fact, he’s already making proclamations.

“This is fun,” Gabriel said over lunch at a barbecue joint down the road from the University of Maryland campus. “Look, I had my career. I did the thing, scouting 200 nights a year on the road. This is going to be fun to start something from scratch.

“Six months ago we had nothing. To do something from scratch and be successful with it … I am telling you right now, there’s not a doubt in my mind we’re going to win the whole damn thing. Cocky? Yeah. I just think we’ve got a really good team.”

Chicago Bears have several ties to the Defenders

After two weeks, the Defenders are tied for first place in the XFL standings at 2-0. One can argue they’ve been the most impressive team by a wide margin. After pulling away from Seattle in Week 1 with a 31-19 victory, they proceeded to crush the New York Guards 27-0 in Week 2. They appear to be a complete team that can play strong, aggressive defense and has an offense well-constructed around physically gifted quarterback Cardale Jones.

The truth is that team has a strong Chicago Bears flavor to it. In addition to Gabriel and Hamilton, they also employ a few players who donned the navy blue and orange for a time. This includes cornerback Doran Grant, linebacker Jameer Thurman, and tight end Khari Lee. Clearly the organization is trying to build itself around that type of identity and the early results are encouraging. It should make a for a fun ride down the stretch in April.