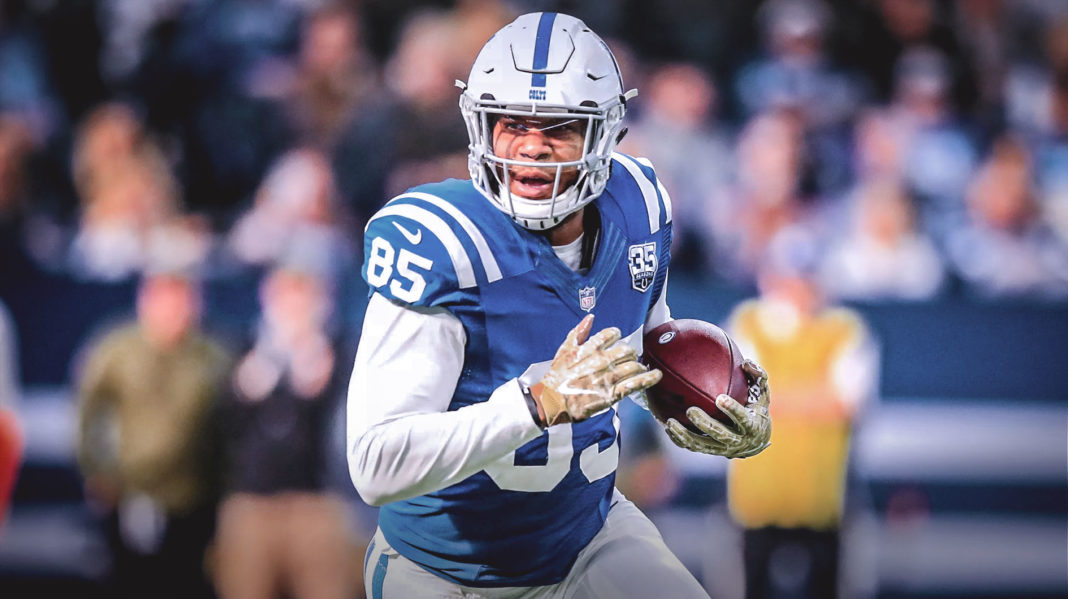 The Chicago Bears can hardly hide the obvious at this point. They sorely need help at tight end. Injuries wreaked havoc on the position in 2019 with both Trey Burton and Adam Shaheen ending the year on IR. Both men are expected back for training camp at least, but nobody believes for a second they’ll be alone. Whether it be in free agency or the draft, expectations are GM Ryan Pace will look to infuse that position with more talent. Could Eric Ebron be that guy?

The former Detroit Lions 1st round pick has certainly gotten himself on the radar of Bears fans lately. Over the past month, he’s teased the idea of having an interest in Chicago. It started with liking an Instagram post about the team keeping Mitch Trubisky as the starter. Ebron and the Bears QB both have ties to North Carolina and apparently struck up a friendship during their meeting at the Pro Bowl in January of last year.

Then he struck again a few weeks ago when he showed interest in a tweet by Akiem Hicks wondering what an NFC championship game would look like in Chicago. So clearly he’s playing an angle here. Ebron will be a free agent next month and looks all but certain to move on from the Indianapolis Colts. Presuming the Bears have a mutual interest, what could a potential contract look like?

According to Spotrac, using several references from his age to recent production and other contracts, they assigned him a likely market value of $7.4 million. This averages out to a four-year deal for just under $30 million.

Eric Ebron would be a risk-reward option for the Bears

From Chicago’s perspective, they will have to wonder which Ebron they’re getting. Will it be the one who broke out in 2018 for 750 yards and 13 touchdowns or the one who underachieved last year with 375 yards and three touchdowns. There is no denying the tight end has lots of talent. His mixture of size, speed, and hands make him a weapon. The problem is he has a bit of a reputation for being difficult to work with and can lose focus too often.

So there is definite high risk and high reward involved in this decision.

It’s important to remember the Bears already gave $8 million per year to Burton two years ago. They’re still saddled with regrets about that deal. Are they really prepared to sink almost that much money again in another gamble? It’s hard to see Pace doing that. Especially given the limited amount of cap space he has to work with.