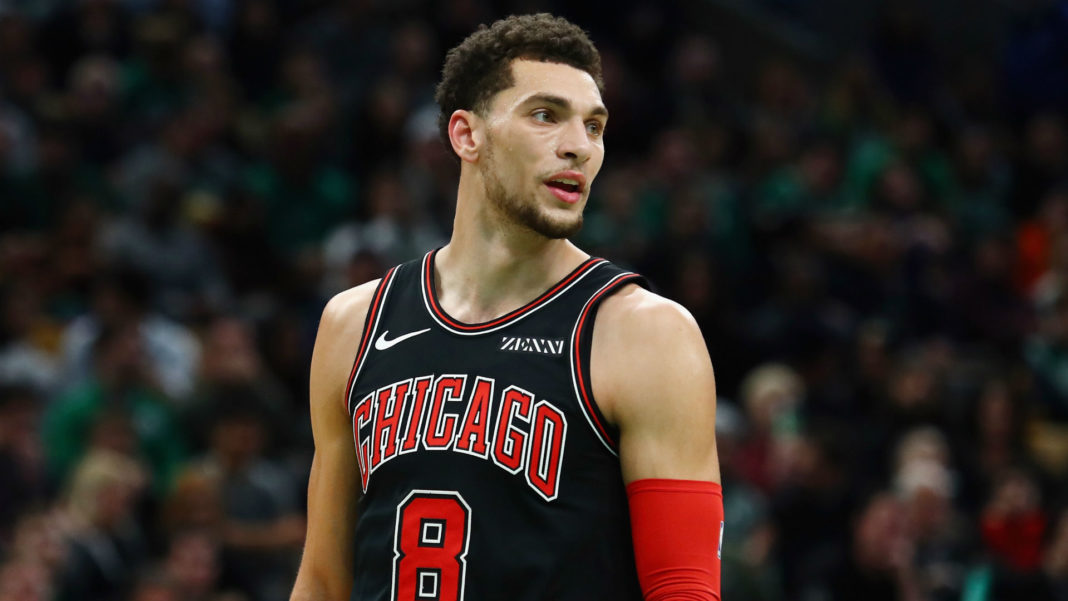 The NBA trade deadline is just days away. This means the rumors are only going to get crazier and crazier. What a better way to start than a good ole Zach LaVine trade rumor.

LaVine to the Dallas Mavericks?

A move like this would send shock waves throughout the current NBA landscape. The idea of having a trio of Luka Doncic, Kristaps Porzingis, and Zach LaVine would be insane. Would it make them favorites in the West? No. Would the Bulls even consider trading LaVine? Not sure. But according to Dallas Mavericks writer Dalton Trigg, the idea of a possible deal involving LaVine might not be as far fetched as some may think:

What would the Bulls want in return for Zach LaVine?

In Dalton’s article, he proposed a scenario that would at least get trade talks started between both the Mavs and the Bulls front office:

“Could an offer consisting of Courtney Lee’s expiring contract, one of the Mavs young players, and the Warriors’ 2020 second-round pick be enough to get a conversation started? Only the Bulls front office can answer that, but we believe it could get the Mavs a seat at the table.”

If this trade were to go down, the Bulls front office wouldn’t make it another day in Chicago. Realistically, it will take a giant haul to pry LaVine outta Chicago — were talking a first rounder and some change. Here is a deal that’d I’d deem a good start if the Bulls were to even begin trade talks with Dallas:

Even this package doesn’t seem nearly enough when it comes to acquiring the 24 year-old’s services. The tricky thing about a potential deal with Dallas, is that all their first rounders that could’ve potentially been used, were dealt away when they acquired Kristaps Porzingis from the New York Knicks last year.

So a trade between both the Bulls and Mavs just isn’t likely unless Marc Cuban and company get creative — which is a long-shot.