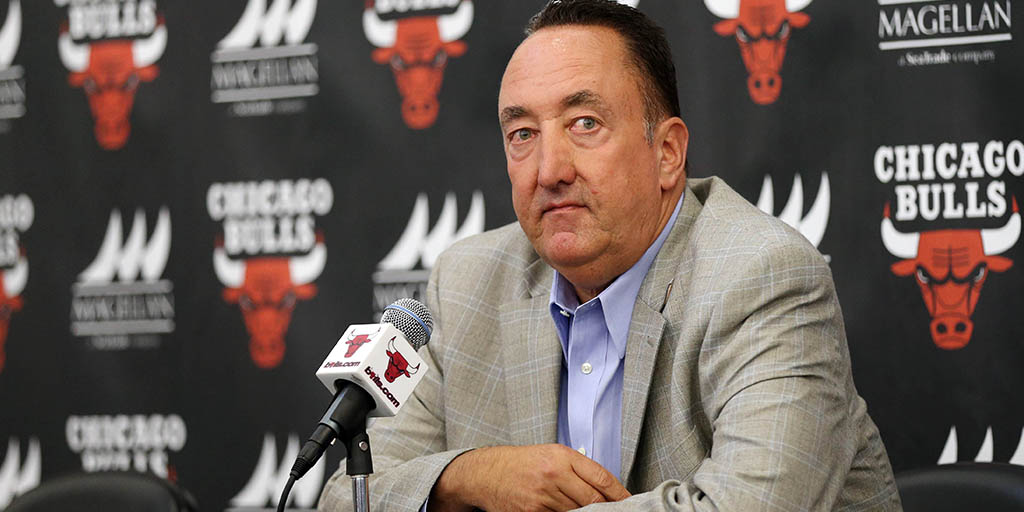 The Chicago Bulls stayed with their formula at the top for as long as they could. Way too long in the opinion of many, many, many fans. Yet it appears ownership is finally beginning the process of making changes. Word from multiple outlets including Joe Cowley of the Chicago Sun-Times and K.C. Johnson of NBC Sports Chicago reported that the team has spent All-Star weekend ramping up their search for a new general manager.

Gar Forman is a long way from the position of power he once held several years ago. That was steadily ruined as the team fell apart from contender to NBA laughing stock. His misguided coaching hires after the breakup with Tom Thibodeau no doubt helped accelerate the process.

Now it seems the team is ready to get serious about finding the heir to his Iron Throne.

“Bulls team president and COO Michael Reinsdorf and vice president of basketball operations John Paxson weren’t exactly front and center in all the public activities, but make no mistake, the two were lurking.

Actually, more than lurking, they were engaged in the initial legwork of much-needed changes coming to their organization.

According to several NBA executives, the Bulls have started the early stages of adding a new face to the front office, with the position defined as a general manager “with a louder voice.’’ One executive did say that the talks the Bulls have had with candidates have been through back channels, with no formal interviews taking place, but the search is believed to be wide-spread.”

Chicago Bulls have to get this hire right

The reality is Forman never belonged in his position. He’s an outstanding talent evaluator. This showcase by some of his great finds in the draft over the years including Jimmy Butler. However, he just doesn’t have the voice and personality to run an entire organization. This is why he’s being demoted rather than fired. The team can’t keep him in charge but they don’t want to lose his ability to spot good players.

At that point, the question becomes who do they go after? There are plenty of interesting names. David Griffin, the architect of the 2016 Cleveland Cavaliers championship team is available. Milt Newton is assistant GM for the Milwaukee Bucks and had a direct hand in transforming them into an Eastern Conference powerhouse. Then there is Shane Battier who is Director of Basketball Analytics and Development for the Miami Heat. Though relatively inexperienced, he’s an NBA veteran with two championship rings who has a reputation for being a problem solver.

The good news is the list of options appears extensive for the Bulls. Whether they’re willing to do what it takes to get the right guy? That is the question.