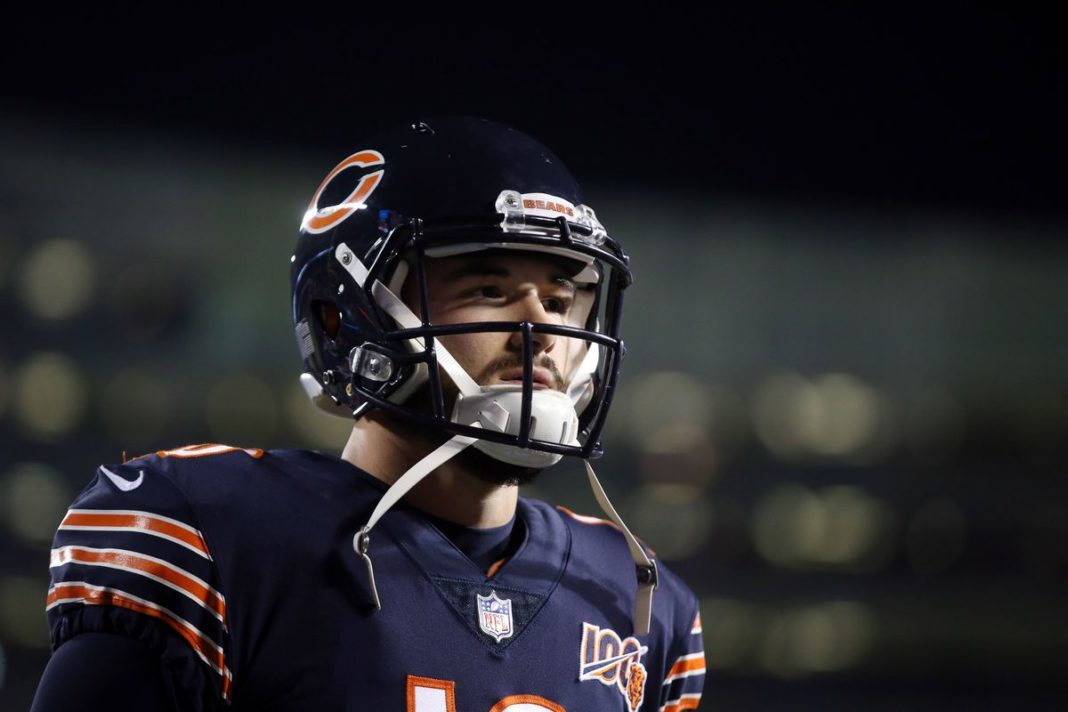 The Chicago Bears are a hot topic among media outlets. Such is the reality when nobody knows for certain what you plan to do at the quarterback position. GM Ryan Pace stated at his end-of-year press conference that Mitch Trubisky is the starter in 2020. Not a lot of people believe him though. There are plenty who think changes are coming. It all depends on how drastic those changes will be.

Theories continue to abound. So perhaps the best thing to do in order to make sense of them all is to break everything down. The Bears, for their part, have three options in front of them. Three options that will determine the course of their 2020 season and perhaps beyond depending on that decision. People may think not too much separates the options from each other. This is not true at all. Even a slight deviation in direction can lead to all sorts of consequences, good and bad.

What will Pace do? Here is the table set for him.

Chicago Bears have three courses to take on Trubisky

#1 – Keep him the starter and retool the offense

This is the status quo maneuver. In it the Bears will stick by their word and keep Trubisky firmly in place as their starter, making no significant move at the backup position. Perhaps just re-signing Chase Daniel. Obviously this carries a ton of risk given how the 25-year old performed last season. However, there is a potential benefit to doing it this way.

It saves every penny and draft pick at their disposal for completely revamping the offensive personnel. Rather than spending a sizable chunk of resources on finding a new quarterback, they’d be able to devote it all towards finding help at tight end and wide receivers while shoring up the offensive line. Trubisky would then be able to enter 2020 with a much better supporting cast.

#2 – Bring in competition at the backup

This is what you’d call the “middle ground” option. Basically the Bears seek out a veteran who has starting experience on the open market. Somebody who probably won’t be in high demand with other teams so their price will remain much more affordable than say a Tom Brady will this March. They will come in and be told simply that they are the backup but are free to push for the starting job.

This method carries two benefits. It gives the Bears much more stability at the QB2 spot, something that can be so invaluable in the NFL. Secondly, it gets some real heat on Trubisky. Quarterbacks are most often exposed one way or another when they are faced with competition. They either rise to the occasion or fall apart. This would be a great way for the Bears to find out exactly what their former #2 pick is made of.

#3 – Replace him with a more proven name

This is the most drastic of the three solutions. Rather than leave the door open at all for Trubisky, the Bears basically cut their losses and look to start fresh. They relegate him to the backup spot and seek out a legitimate player at the position whom they feel is an upgrade. Somebody who is better equipped to run Nagy’s offense.

This is the most challenging option because such quarterbacks are difficult to acquire. Not necessarily because they’re hard to find but more because they’re expensive. Brady? Derek Carr? Cam Newton? All can safely be considered better players than Trubisky. Yet each of them would be pricey, both in terms of money and trade compensation in the case of the latter two. Would it be worth it? Odds say yes but that is a big shift in direction that Pace may not be prepared to make.