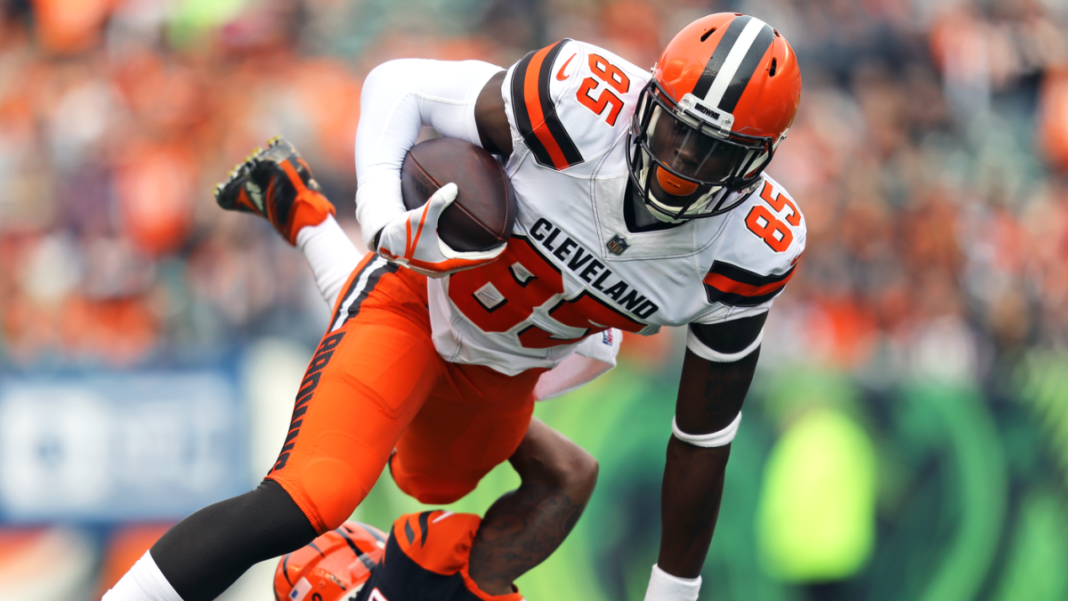 It’s rather amazing how strange the tight end market is shaping up to be this offseason. Free agency has its share of interesting names like Austin Hooper and Hunter Henry. One area though that might get more action than people think is the trade market with a couple of former 1st round picks looking like they’re available. For a tight end-desperate team like the Chicago Bears, this is big news.

Most eyes remain down in Tampa Bay where ex-Alabama phenom O.J. Howard has chaffed in Bruce Arians’ offensive system. One that has never featured that position. However, another name that is gaining traction much faster is David Njoku. The 1st round pick of the Cleveland Browns in 2017 flashed early promise in 2018. That was until Freddie Kitchens was promoted to head coach.

After that Njoku became disillusioned with the Browns’ offensive philosophy. Matters weren’t helped by a wrist injury he suffered in 2019. These issues led to him getting limited production last season. Many feel relationships soured to a point where the tight end could be shipped out by the new regime according to Jake Trotter of ESPN.

“He fell out of favor under the previous regime, as he was a regular healthy scratch down the stretch after returning from IR after a wrist injury. Had coach Freddie Kitchens and general manager John Dorsey been retained, Njoku almost certainly would have been out the door. Still, while Njoku would have a fresh start under a new coach and front office, it’s clear he was also losing the trust of QB Baker Mayfield.”

Obviously the idea of bringing in a disgruntled player leads to concern. The Bears aren’t typically a team that targets such types. Still, Njoku is a young player. He’s only 23-years old. Being in an offense that won’t get him more involved combined with losing has a demoralizing effect on a player. Clearly he thinks he can do more and there’s reason to believe that is true. Njoku is a freak athlete with 6’4 size who can threaten defenses several different ways as a receiving threat.

Matt Nagy’s offense is steeped in the Kansas City style. One that utilizes the tight end heavily in the passing game as Travis Kelce can attest. Njoku would get tons of action in Chicago and also get to work with Clancy Barone, a longtime NFL veteran who has coached several Pro Bowlers during his career. A trade like this will always come down to price. If Cleveland raises it too high, then there isn’t much the pick-limited Bears can do.

Then again, it’s far from impossible.