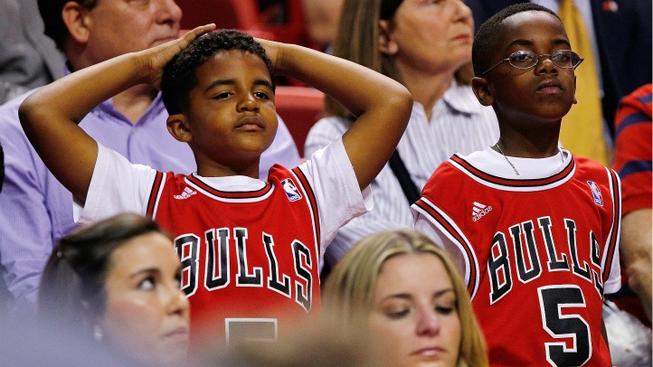 The All-Star break couldn’t have come at a better time for this team.

After losing to the Wizards 126-114 last night the Bulls capped off a 6 game losing streak. Prior to this losing streak, the Bulls were the 9th seed in the East behind the Brooklyn Nets by 3 games. Now the Bulls are in the 10th spot, 4.5 games behind the Magic who hold the 8th seed. LaVine scored 41 points in the loss and was the only reason the Bulls were somewhat in this game.

Outside of LaVine, there wasn’t much to write home about with this team. The defense looked lost throughout the entire game.

Since Kris Dunn’s injury, the Bulls have gone 0-5 and has been awful in terms of defense.

Though injuries have been a big part of the losing streak it isn’t the only factor.

It’s clear that the fans are sick of Boylen but is there tension within the team? It’s clear from player body language that they aren’t buying into what Boylen has to say. There have been many instances of that occurring when he tries to rally the troops during a timeout.

Another sore subject with timeouts is the timing in which Boylen calls them. He has called them many times in the final seconds of games that the Bulls have already lost. That happened yet again last night in the loss to the Wizards.

This has been a source of clear frustration for LaVine as he was caught on the bench during one of these questionable calls.

Another moment that points towards tension was when Adam Mokoka entered a game in the final 5 minutes of a losing effort. During those 5 minutes, Mokoka scored 15 points and the bench was visibly excited and cheering for their teammate. However, LaVine had a different reaction after the game.

This reaction probably stems from consistent losses for this team. Even when the team strings together a win or two they always seem to go ten steps backward. The players are going out and doing what they can to win games, especially Zach. Surrounded by questionable rotations and playcalling it seems like the players are doing what they can. We have seen player regression but that very well could be coaching related.

After the break, we should see the return of Carter Jr. and Porter Jr. which will be a much-needed boost to the starting lineup. With the mediocrity of the Eastern Conference, the Bulls still have a chance of being in the playoffs. Management has used injuries as an excuse to not let Boylen go. After the break, that excuse should begin to fade. The city has given up on him and would love to see him go before All-Star weekend is even over. The Bulls have a favorable stretch of games to finish out February.

Later on down the road, the Bulls should also see the return of Dunn and Markkanen. As long as the team remains healthy we will get to see the starting core back together again even if it is to close out a failed season.

This team is the 4th most valuable team in the NBA and needs to start acting as such.

Whether it be before seasons end or after the season draws to a close, change is necessary. The Bulls are well on their way to becoming a laughing stock like the Knicks. Unlike the Knicks, the Bulls aren’t trying anything to change that. We will let the remainder of the season play out but the overwhelming opinion in Chicago is change is needed, and quickly.