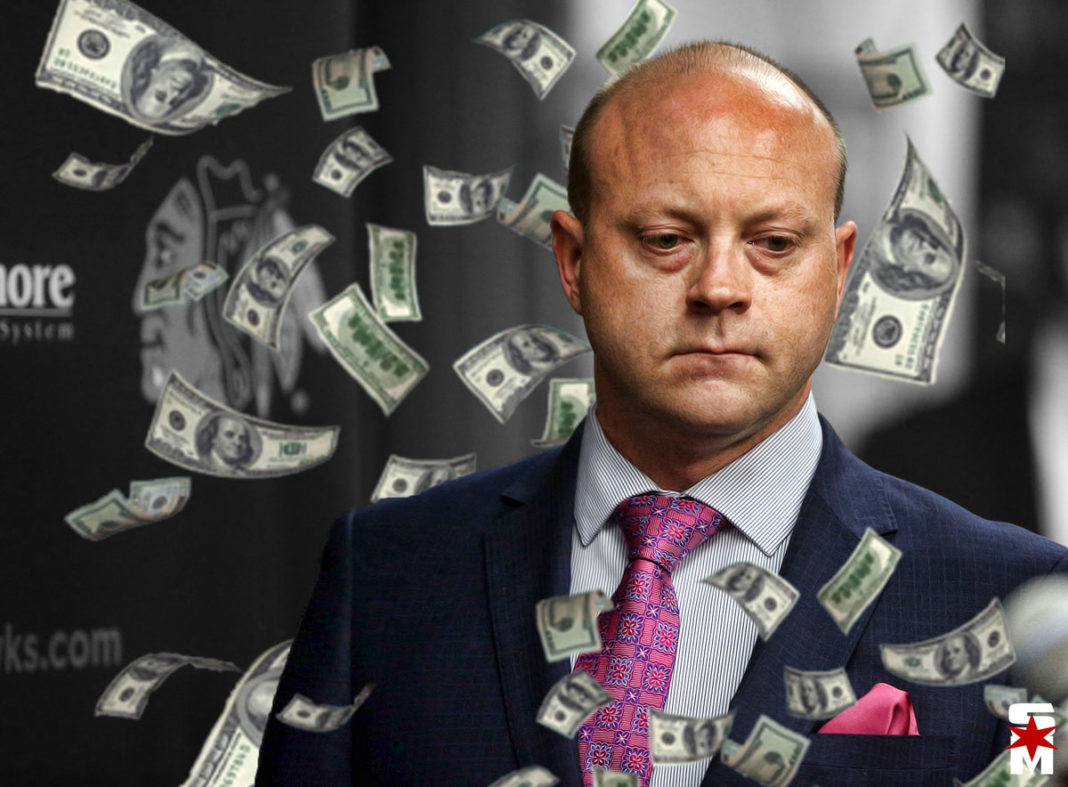 With the NHL trade deadline here in just a few weeks, the next stretch of games for the Blackhawks are going to be monumental. The Hawks have eight games before the deadline on the 24th, and those eight games will decide whether the team buys or sells. As things have been looking lately, the Hawks can certainly compete when they show up to play. Consistency has been an issue all season long, but since the all-star break, the team has found ways to stick around and stay competitive in games. If they find a way to keep the momentum going and stay in the wild-card hunt, then the Blackhawks should absolutely be buyers at the deadline. Here are some players that I think could be available, and would help the team greatly.

In my opinion, the most glaring hole on the roster right now is the need for toughness. Last year, the St. Louis Blues bullied, bashed, and bruised their way to a Stanley Cup. Obviously NHL hockey is not the same game it once was, and enforcers are all but extinct, but hockey is hockey and you need to be tough to win. Anderson puts the power in power forward, is hard on the forecheck, and finishes his checks. His decline in production this year has been shocking, to say the least (1 Goal and 4 points in 26 games compared to 27 goals and 47 points in a full season last year). The good news is that his value has never been lower, meaning he should be reasonably-priced. His skill set could be exactly what the Blackhawks need. He is an RFA after this year, so if the Hawks like what they see they could keep him around, or let him go if they don’t.

I have always loved Athanasiou’s game. When he gets loose and comes into the offensive zone at full speed, he can fly past defenders. In today’s NHL, teams can never have too much speed. While Athanasiou never fully put his tools together to elevate himself to superstar status in the NHL, if surrounded by good players he can still be an effective forward. However, as of today, he also has the worst +/- in the league at -36. However, six of the seven worst +/-‘s in the league are on the Red Wings, so this stat is not completely his fault. If surrounded by good players on a competent team, his numbers could bounce back nicely. He would be great and provide some offensive upside in a third-line role for the Hawks, similar to the sort of role Carl Hagelin is in with the Washington Capitals.

Now, if the team inspires genuine confidence over the next two weeks and Stan really wants to swing for the fences, he could go after the belle of the ball, Chris Kreider. Kreider has a rare combination of size, speed, and offensive ability. He is similar to Anderson, but with a more proven track record and is more reliable. Kreider also has playoff experience and has been to the Stanley Cup finals with the Rangers. It never hurts to have more mentors around for younger guys like Dach and Boqvist. Pierre LeBrun reported that almost a third of the league inquired about Kreider’s availability and that the Rangers are searching for a package similar to what they received in the Kevin Hayes trade last year (solid prospect and a first). Kreider certainly has the most suitors out of the three players on this list and would be the most expensive to acquire, but also could offer the highest upside.