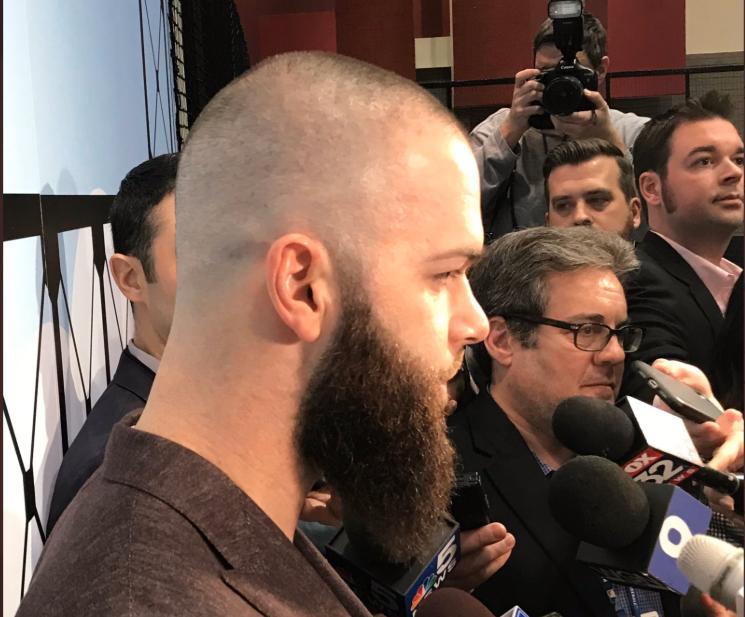 So far the Houston Astros haven’t really shown any contrition when asked about that whole cheating thing they were doing, but on the first day of the White Sox fan convention Dallas Keuchel did issue an apology. And then he kind of made excuses about it too.

Ah, of course. The good ole, “we were only cheating sometimes,” line. I’m sure that works in every example you can imagine and it’ll let you off the hook in those cases too. “Officer, I only drove drunk a few times, not all the time.” “Baby, baby, I only cheated on you sometimes, it’s not like I did it every day.”

Keuchel, who pitched for the Astros from 2012-18, went on and said, hey, that’s just how things were.

But hey, it’s an apology and I bet it’s easier to do now that he’s no longer with the Astros, got his big free agent deal and I mean, it’s not like he was one of the hitters doing the illegal sign stealing. But I’m sure he liked that run support while with the Astros.

Last thing, when it comes to anyone in the public making apologies, why is so hard to just say, “yeah I/we screwed up,” without then adding some sort of excuse at the end. It’s all right to admit when you’re wrong. OK, that’s it. Mini rant over.