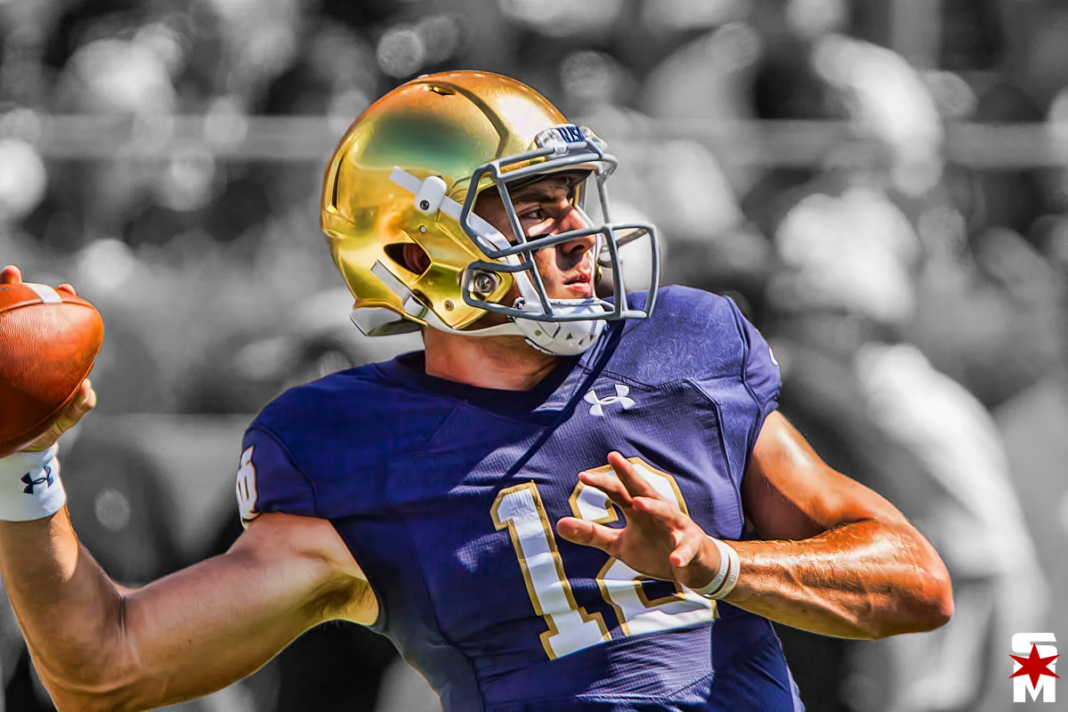 Despite Heisman odds of 20:1 according to SuperBook USA. Ian Book was snubbed by Rivals’ Top 10 list of returning quarterbacks for the 2020 season.

With Notre Dame hate at an all-time high, here is the evidence that shows why Book belongs not just on the list, but high up on it.

Book finished the season with 3,580 all-purpose yards, which was an average of 275.4 yards per game. This mark put him two spots below Trevor Lawrence but five spots higher than Justin Fields.

Passing efficiency was a weakness for Book, but even so he finished 24th. He trailed nearly all of the quarterbacks that started for their teams, except for Kellen Mond who was 70th on this list.

As a passer, Book finished with 3,034 yards and an TD:INT ratio of 34:6. His 34 passing touchdowns was seventh, behind some three of the top QB’s in Fields, Sam Howell and Lawrence.

Book finished above the rest of the field in this category.

A stat I believe to be vital to a players importance to a team is Points Responsible For – Book had 228 total points this season.

Fields, Lawrence, Howell & Ehlinger all finished ahead of Book – which should further validate the point that Book belongs in the same conversation as these “elite” talents.

Book returns in 2020 with essentially two full seasons under his belt. Here is Book’s resume:

Point is, his individual numbers and team wins supports the notion that he is a top quarterback.

Is the pressure on for Brian Kelly, Tommy Rees and Book to show the doubters that the Irish deserve the hype? Absolutely.

But has Book, despite three perceived “bad-losses” deserve to be snubbed from the national spotlight, preseason awards, etc? No – no he does not.

The Irish will have their shot to prove the haters wrong against Clemson on November 7, 2020, but have a schedule that is shaping up to be one of the toughest in the country, once again.

The fact of the matter is, Book has only lost three times as a starter at Notre Dame. It is even overlooked he had two wins in 2017 – one as a starter for the injured Brandon Wimbush & the second in relief for the ineffective Wimbush in the Citrus Bowl against the LSU Tigers come from behind victory.

Book to date, has 23 victories (including LSU comeback victory) to his three losses. Dispute all you want, but being the best is defined by individual statistics and team success.

He has built his resume.

Now, for the Irish anything short of the College Football Playoff has to be considered a let down.