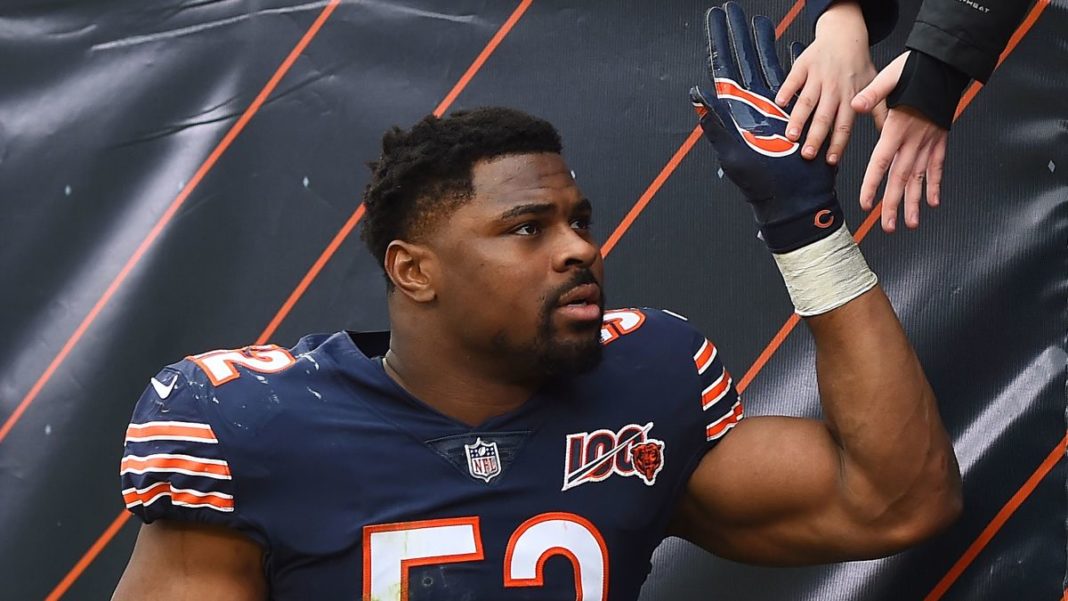 Khalil Mack had a good season in 2019. Some people were upset with it though. They felt 8.5 sacks wasn’t what the Chicago Bears paid for when they traded to get him. Nevermind the fact that none of the other starters on defense even approached that number or the fact he was rarely able to pin his ears back and rush because the defense almost never played with a lead. Yet there were some who wondered.

While he still had those dominant flashes almost every week, the consistency of them had taken a noticeable dip. Even average tackles managed to slow him down at times. It led to questions on whether the star pass rusher might be dealing with undisclosed injuries. Finally, weeks after the season ended we got an answer. Jeff Hughes of Da Bears Blog who’s been on top of the team’s recent coaching maneuver revealed that the Pro Bowler did indeed gut out the season through a pair of health issues.

“Khalil Mack was dominant, even if that didn’t translate to the box score. (And he dealt with neck and back issues all season.)”

Khalil Mack should be back to his old self next year

The fact that Mack had 8.5 sacks despite Akiem Hicks going down and getting little help from Leonard Floyd on the opposite side WHILE playing with neck and back issues? This should serve a reminder that he’s still a pretty damn good football player. The good news is he should be back to 100% by the start of next season, as will Hicks. This should get the pass rush revved up again. To say nothing if the Bears somehow finally grow wise to the fact that Floyd isn’t doing his job as well.

Mack will be 29-years old this coming season. There is no reason to think that he is in danger of taking a step back anytime soon. If the offense can figure out how to score points again, then he’ll be putting quarterbacks on the ground with plenty of frequency.