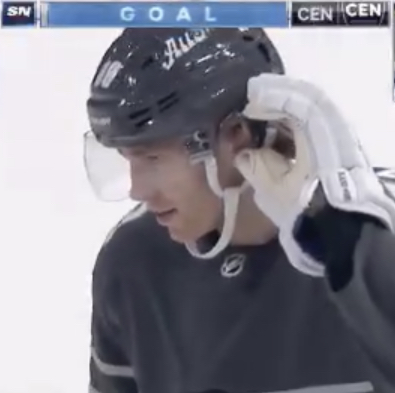 Chicago Blackhawks forward Patrick Kane scored twice in the Central Divison’s 10-5 loss to the Pacific Division in the NHL All-Star Game at Enterprise Center in St. Louis, Missouri. Kane had a priceless reaction after tying the score 3-3 at 7:18 of the first period when the St. Louis crowd booed him.

Kane scored his second goal to once again tie the game 5-5 on a breakaway by beating Calgary Flames’ goaltender David Rittich five-hole.

The Pacific Division went on to score the final five goals of the game, with three of them coming from San Jose Sharks’ forward Tomas Hertl, who finished with four total. Leon Draisaitl of the Edmonton Oilers also scored three goals for the Pacific.

Kane wasn’t able to lead the Central Division to victory, but he did win the first-ever NHL Shooting Stars contest with 24 points on Friday night. Combine that with a two-goal All-Star Game in enemy territory (plus three Stanley Cups), and Kane walks out of St. Louis with the last laugh.