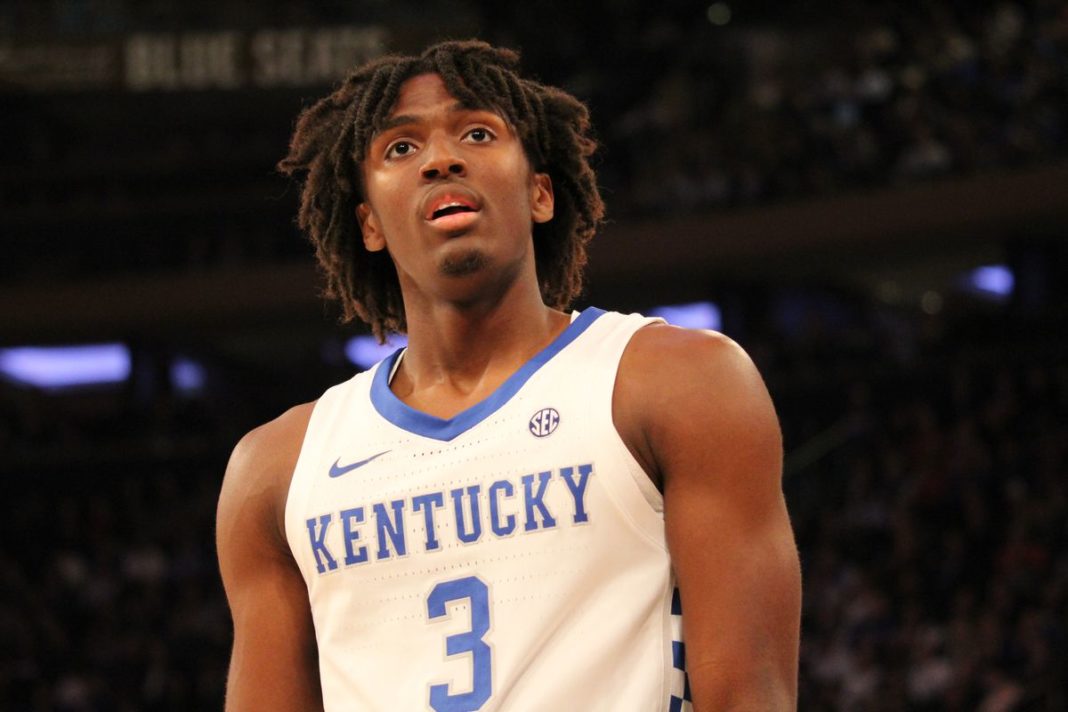 No, it’s not the movie “Groundhog Day, it’s just another season of Bulls’ basketball. The NBA season is about to hit the All-Star break and the Bulls suck again.

The Bulls currently have the ninth-worst record in the NBA but are just two games back of the Brooklyn Nets for the eighth seed in the Eastern Conference, however, based on what we’ve seen from the Jim Boylen Bulls so far, this team isn’t going to make the playoffs.

And in the current NBA, it’s probably better that they don’t.

The Bulls are likely to be a lottery team and are in need of a starting wing/small forward but according to The Athletic’s Sam Vecenie, the Bulls could be eyeing a Wildcat shooting guard.

The 18-year-old freshman had a startling debut against Michigan St. scoring 26 points, the most ever by a Kentucky freshman in their first appearance.

Maxey is averaging 13.7 points, 4.2 rebounds, and 2.9 assists per game. He shoots 44 percent from the field but is only shooting 29.9 percent from beyond the arc while playing nearly 33 minutes a night. He shows nearly zero hesitation to take Steph Curry length shots, but considering the need the Bulls have for consistant three-point shooting, that percentage is a little concerning.

Maxey does appear to play well in big games though. In his three games against ranked opponents, he is averaging 22.7 points and shooting 46.5 percent from beyond the arc. As a young player, he still has a lot to improve on but he is definitely someone Chicago fans should pay attention to as the college basketball season moves forward.