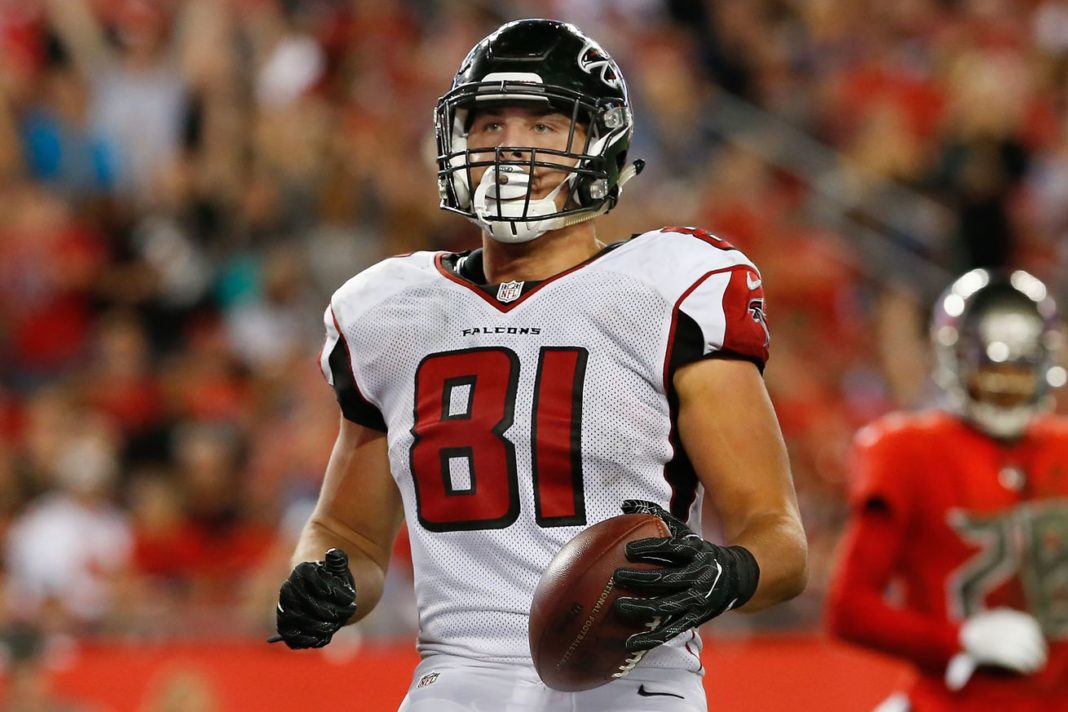 What is the top priority for the Chicago Bears going into this offseason? Most would have a spirited debate over that. Some will say it has been quarterback given Mitch Trubisky’s issues. Others will point at the offensive line for its clear regression in 2019. However, one position that will certainly get universal agreement is tight end. An area that failed to produce a single player who had over 100 yards receiving this season.

Given how vital the position is to the Bears offseason under Matt Nagy, it’s led many to wonder if GM Ryan Pace might be aggressive in his pursuit of an upgrade. A popular name that instantly surfaces is Austin Hooper, fresh off the best season of his career in Atlanta (787 yards and 6 TDs) with Atlanta. Given the cap issues the Falcons are dealing with, most believe Hooper will be available.

Can the Bears afford a run at him?

Maybe, but it might be more expensive than people think. NFL insider Field Yates of ESPN indicated that the market is such that Hooper stands to become the highest-paid tight end in the league and only the second to reach double digits per year.

“Hooper is perhaps a bit more familiar of a name than some on this list, but his inclusion is important: If he is not franchise-tagged by the Falcons, he has an excellent shot to sign the largest free-agent contract for a tight end ever, surpassing the three-year, $30 million pact Jimmy Graham earned from the Packers.

Hooper, who caught 75 passes this season, is only 25 years old and coming off a career-best season, highlighting his smooth middle-of-the-field receiving skills with a combination of reliable hands and good run-after-catch ability. There is no shortage of teams that would stand to benefit from adding Hooper — but he won’t come cheap.”

Is Austin Hooper worth that much to the Bears?

People will question whether that kind of money is worth paying for a tight end. The Packers certainly haven’t gotten what they’d hoped for from Graham. Still, the position is so important to this offense and Pace should be able to find enough cap space if he gets creative enough. The better question is whether Hooper himself is worth it. While his 2019 season was a productive one, nobody would call it a true breakout year.

For context, veteran Jared Cook was targeted 30 fewer times in New Orleans and had 705 yards and nine touchdowns. Is Hooper a guy who can become a featured weapon or was he just the beneficiary from playing in a loaded offense that didn’t allow defenses to key on him more? That is why free agency can be so dangerous. The best players almost never become available. Any good ones that do are almost always because their original teams feel they can survive without them.

Something to keep in mind.