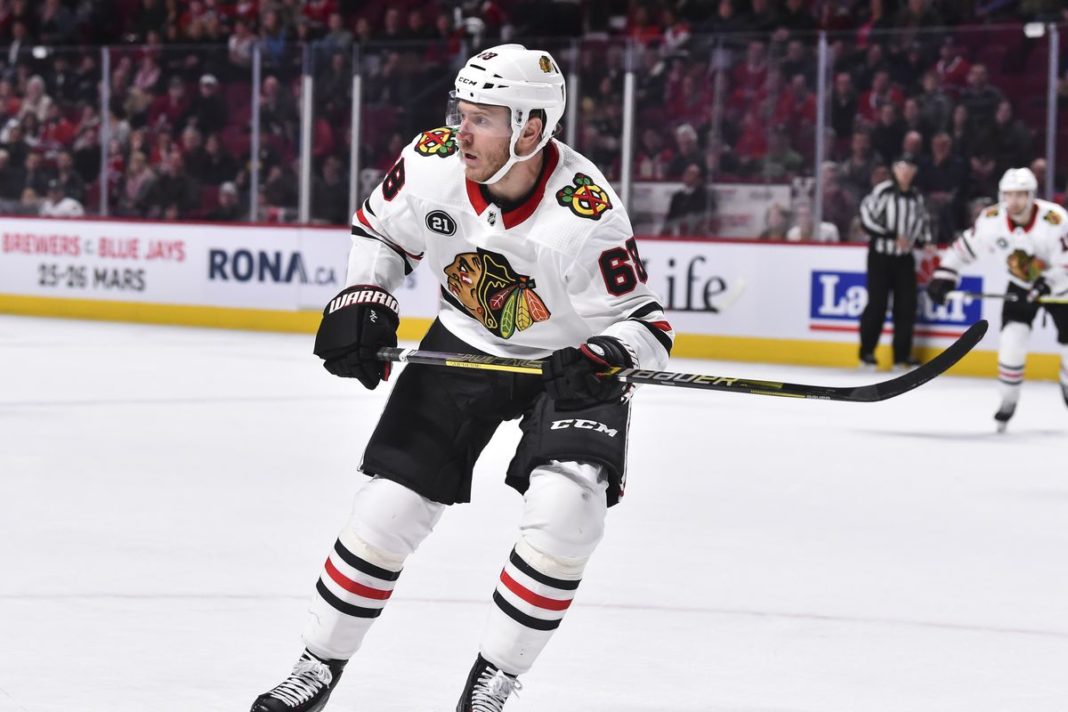 The duo is +13 in seven games since being paired together on Jan. 9 vs. Nashville.

It is no secret that the Chicago Blackhawks have been playing their best hockey of the season since entering the new decade just about a month ago. The Hawks went 7-4-0 in January and have won five of their last six games. They’ve been playing a much better team game in 2020, and as a result, they’re now 24-21-6 through 51 games and just three points back of a playoff spot.

One of the main reasons the Blackhawks are back in the playoff race is because of their improved defense. The goaltending has been terrific all season, but the Hawks seem to have finally found consistency on the backend. They’ve allowed two goals or fewer SEVEN times in the last nine games.

Interestingly enough, the Blackhawks’ recent defensive success began right around the time defenseman Slater Koekkoek was inserted back into the lineup. Koekkoek was placed on the third defensive pairing with Olli Maatta on Jan. 9 against the Predators, and although the Hawks lost 5-2 and both players had a -1 plus/minus rating, coach Jeremy Colliton kept the duo together for the next game vs. Anaheim.

That proved to be a clever decision, as both players posted a +2 plus/minus rating, and Maatta scored his third goal of the season in a 4-2 victory. Colliton was wise to give Koekkoek more than one game to prove himself, especially considering the recent struggles of rookie Dennis Gilbert in the defensive zone.

The next five games were more of the same for both Maatta and Koekkoek. Colliton kept the pairing together in each contest, and they continued to shut down opponents while providing offense simultaneously. Koekkoek picked up an assist in four of the five games before the All-Star break, and Maatta added one assist as well. Overall, the two former first-round picks registered six points and a +13 plus/minus rating in the seven games paired together.

“[Koekkoek] and Maatta, since they’ve been reinserted, they’ve been great and really added some depth to our group and [become] a big part of why we’re having success lately.” said Colliton.

Looking at the advanced stats of the Maatta-Koekkoek pairing, according to NaturalStatTrick, the duo has a 55.00 CF% in 155:25 this season, which is the highest of any Blackhawks defensive pairing with over 100 minutes. In the seven games paired together since Koekkoek’s return to the lineup, they have a remarkable 62.15 CF%. Maatta and Koekkoek have been on the ice for eight goals for to just two against as well.

“[I] love the way that Olli and I are moving on the ice,” said Koekkoek. “Whether it be neutral-zone regroup or in the defensive zone, we’re moving well together, and that’s what it takes.”

The Blackhawks are back in action on Saturday in Arizona to take on a Coyotes team that they’re currently chasing in the Wild-Card race by three points. After a shaky first couple of months to start the season, the Hawks are finally playing a complete game and find themselves on the cusp of a playoff spot. A lot of their recent success should be credited to the third defensive pairing of Maatta-Koekkoek, as the fifth and sixth defensemen spots have given the team trouble all season.

With the offense beginning to come alive and the defense starting to find consistency, the Blackhawks are moving in the right direction as the second half of the season kicks off.