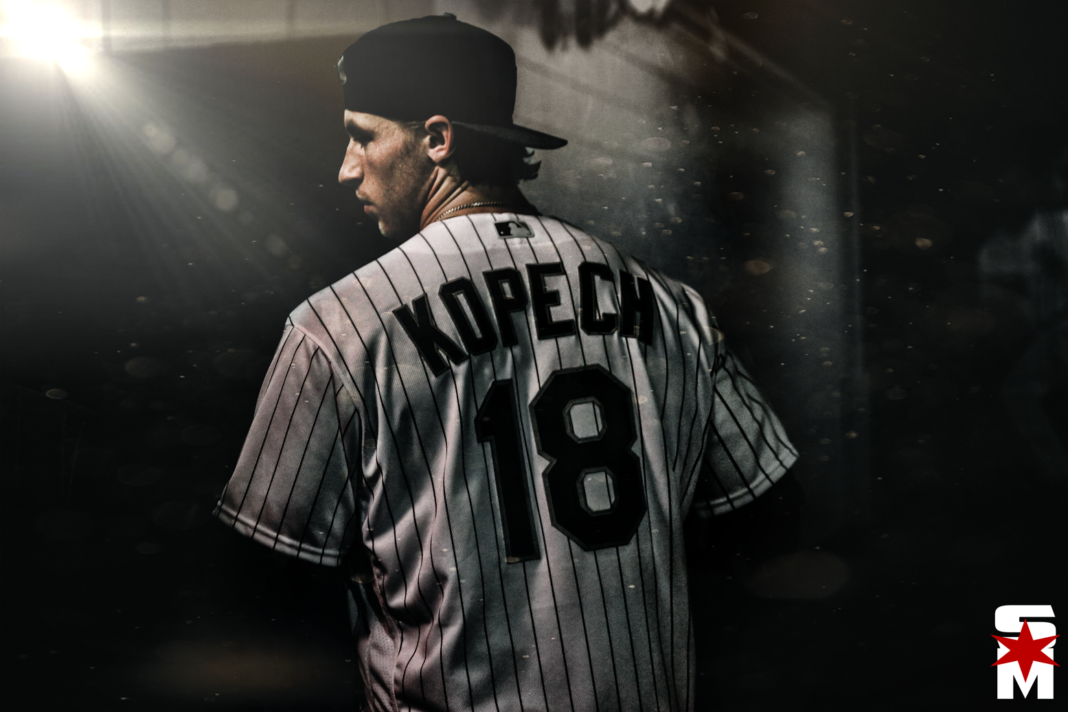 Earlier today on 670 The Score, White Sox pitcher Michael Kopech joined Dan McNeil and Danny Parkins for an interview. It made sense form a timing aspect seeing as Sox Fest is set to kick off tomorrow. What people probably weren’t expecting was how serious the interview got early on.

Kopech had no problems talking about his personal life and how he has suffered from mental illnesses such as depression, anxiety, and at his lowest point, suicidal thoughts.

Getting away from baseball for over a year due to Tommy John surgery may have been the best possible thing to happen to Kopech. In his time away from the game, he meditated, got mentally healthier, got married, and was able to spend time with the people he loves most.

“I have people around me that are close to me that love me and care about me and it makes this stuff a lot easier.”

When asked if he sees the benefits of his newfound mental clarity in his baseball, Kopech had this to say:

“For me to kind of just focus on that clarity and strive for that clarity, whenever I step on the mound that just makes it that much easier because that’s something I’ve done my whole life.”

When it comes to pitching, Kopech said he’s going to be full steam ahead come spring training, but that he’s going to have to reprove that he belongs. Not to the team, but more so to himself.

“I know that I need to reprove myself. Maybe it’s not the team looking at me like I’m not a priority, I feel like I need to re-prioritize myself by proving myself again.”

Kopech on the expectations that the city and fans have for the team this year:

“I mean, an 85 win season, that sounds good, we’re shooting as high as we can go though. Win every pitch win every game. Obviously we aren’t going to have a perfect season, but we’re gonna learn from the lessons and embrace the good times.”

Kopech’s message to the fans:

“I genuinely want to say that this is going to be a year that’s memorable to all of us. It’s something that we’re all looking forward to and we’re going to be the competitive team that everyone wants us to be. It’s going to be a brand new energy in the clubhouse.”

Scouts have little doubt that Michael Kopech is going to be a star on the field. It looks like he’s well on his way to being a star off of it as well.

You can find the full interview on 670 The Score.com