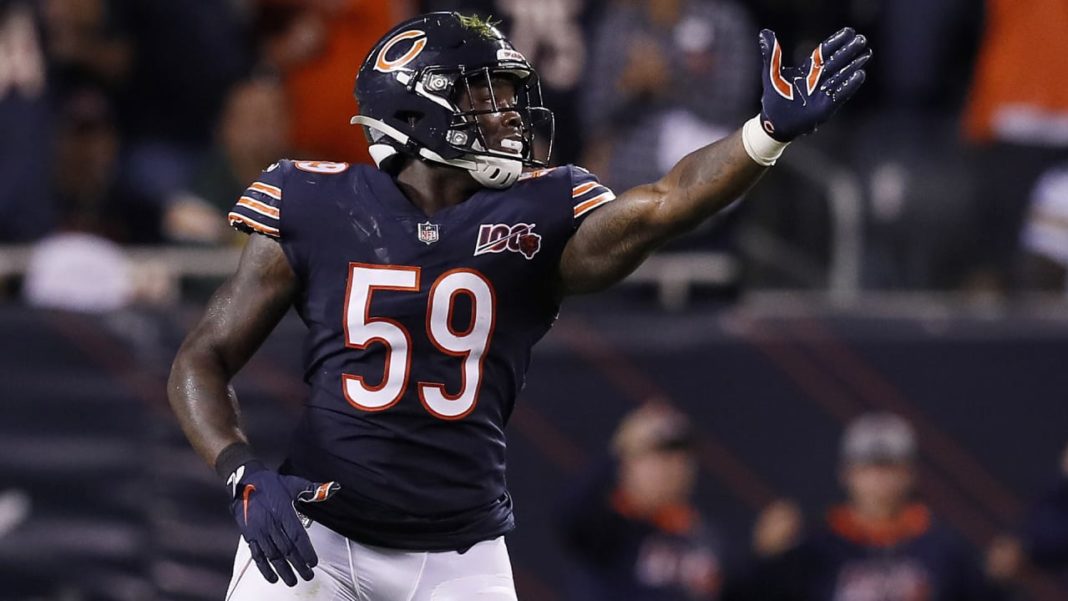 The Chicago Bears have a lot of issues to sort through going into this 2020 offseason. What makes it even worse is they don’t have a ton of resources to tackle them all. GM Ryan Pace knows he may have to get creative in order to find legitimate solutions that can make his team better. Right now he’s working with just $20 million in salary cap space and no 1st round pick in the draft. This is a challenge he must overcome if he wants to get back into the playoff mix next year.

So what can be done? With no way to get a top draft choice, Pace will have to focus on free agency. That means finding ways to create more cap space. He has more options in this regard. Kyle Long is already retiring, which will bring an additional $8.1 million off the books. Prince Amukamara ($8 million) and Taylor Gabriel ($4.5 million) are also prime names to watch as cuts too. That definitely would bring some help.

Where it really could get interesting though is in how the Bears handle their 22 in-house free agents. Chief among them being inside linebackers Danny Trevathan and Nick Kwiatkoski. Both have proven to be quality football players but the odds of the Bears keeping them are now remote. They can only afford to bring one back. However, Brad Biggs of the Chicago Tribune suggested that the Bears might not even go that far.

“The Bears have a huge investment in former first-round pick Roquan Smith, and that makes it somewhat unlikely the team bucks up to keep Trevathan. Kwiatkowski also could make more on the open market than the Bears want to pay. I’m not sure who is talking about this, but I’d recommend they closely re-examine what happened offensively for the Bears in 2019 and consider the benefit of using available resources on that side of the ball.”

Chicago Bears could go cheap at inside linebacker

It sounds crazy when first hearing it, but give it a little thought and there is a definite logic to the idea. Trevathan will cost at least $7 million per year to retain for 2020. Kwiatkoski could cost that much or even more depending on how strong his market is this March. While both players are worth that amount, the reality is the Bears need to make a difficult choice. Do they trust they can find a proper wingman to Roquan Smith on the cheap so that precious money can be used to help the offense?

It seems the team might be drifting in that direction. Already they’ve been spotted eyeing up linebacker options. The most recent being Akeem Davis-Gaither at the Senior Bowl. Drafting a rookie and maybe bringing back Kevin Pierre-Louis on a cheap deal to compete for the second spot next to Smith would be a cost-effective idea. Especially since Pace has a strong track record for finding quality talent at that position.

On top of that, it also could work to the Bears’ advantage on the compensatory draft pick market for 2021 if Kwiatkoski and Trevathan get nice deals elsewhere.