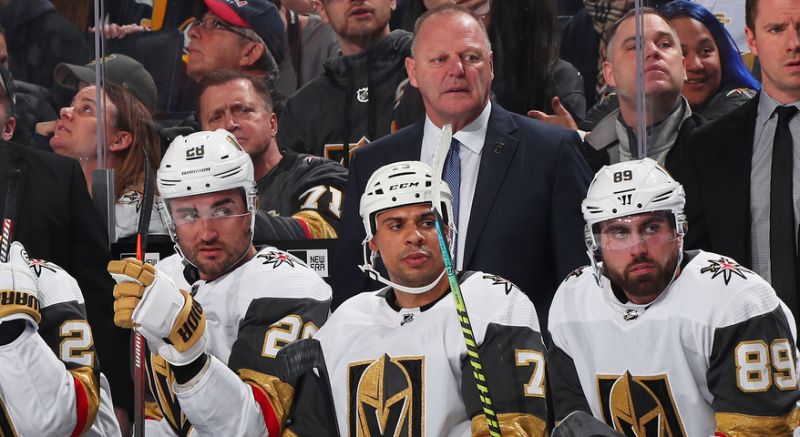 Just two years removed from a magical run to the Stanley Cup Final, the Vegas Golden Knights have fired head coach Girard Gallant after an up-and-down season in 2019-20. The VGK are (24-19-6) and have fallen out of the final Western Conference playoff spot with last night’s loss to Buffalo, but are still tied with Vancouver and Winnipeg in the wild-card race.

Gallant will be replaced by former San Jose and New Jersey coach Peter DeBoer. The move is shocking, considering Gallant is a fan favorite and the Golden Knights are just  three points behind Arizona for the Pacific Division lead, four points behind second place in the entire Western Conference. Assistant coach Mike Kelly was also fired in the swift move to try and return the VGK to the Stanley Cup Final.

“In order for our team to reach its full potential, we determined a coaching change was necessary. Our team is capable of more than we have demonstrated this season,” Vegas General Manager Kelly McCrimmon said in a statement. “We would like to thank Gerard and Mike for their service to the Vegas Golden Knights. They were both instrumental to the success we have enjoyed in our first two-plus seasons and we wish them all the best moving forward.

The new hire, DeBoer, has reached the Western Conference Finals twice in his career, once playing in the Stanley Cup Final in 2016. He has a 415-329-111 career record.

“In Peter DeBoer, we have a proven, experienced head coach who we believe can help us achieve our ultimate goal. We are excited to welcome Peter and his family to the Vegas Golden Knights organization. We look forward to a strong finish to the 2019-20 season with Peter at the helm and a successful tenure in the seasons to come.”

Gallant was recently tabbed to coach in the NHL All-Star game, which makes the move even more shocking as his peers have seen his coaching performance this season to be worthy of the honor.

The Golden Knights return to action Thursday in Ottawa.